Dutch modular data center specialist ICTroom has filed for bankruptcy along with all its subsidiaries.

The contractors are now insolvent according to the Netherlands-based directory Bankruptcy File, and first reported by Hosting Journalist.

No further details about the bankruptcy have been revealed, DCD has contacted ICTroom for information.

One of ICTroom’s most recent projects included a large-scale facility in Reykjavik, Iceland. The project was paid for by four Icelandic IT and real estate companies collectively known as RKF.

The first phase of this data center was completed last summer. It’s not known what the plans are now for the facility since ICTroom planned to complete its next phase (and the finishing touches) within seven months. DCD has contacted the companies behind RKF for more information. 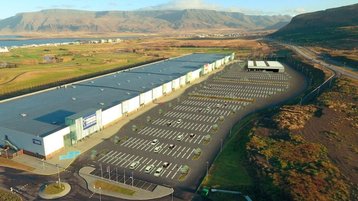 The facility in Reykjavik, Iceland – ICTroom

Since its inception in 2001, ICTroom built more than 250 data centers across the Netherlands, Belgium, France, Germany, and most recently Iceland.

The company's business model relies on manufacturing pre-fabricated, flat-packed ‘rooms’ that can be assembled on-site. There are multiple benefits to this approach: modular data centers can be deployed in a fraction of the time it takes to erect a brick-and-mortar facility, and typically include all the necessary IT, power, cooling, fire protection, and access control elements.

In 2016, the company delved into providing Edge services by including smaller enclosures that can support as few as eight racks of IT equipment and 50kW in critical loads. The company said the modules were aimed at customers that didn't require a full shipping container of servers, power and cooling equipment like with a CDN.

According to Hosting Journalist, the founders of ICTroom, Puy, and Sander Nieuwmeijer once considered going public with ICTroom and nearly filed for an initial public offering at Amsterdam’s Euronext stock exchange, but never went through with it.