Immersion cooling company GRC raises $7m in Series B round

GRC has raised $7 million in a Series B round, nearly doubling its total funding to $15m.

A big year for GRC 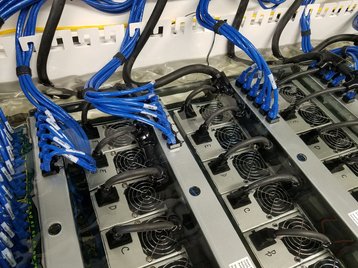 “I am excited to lead this current round of funding for GRC,” said Derek Gordon, managing director of the undisclosed lead investor.

“The company is well-positioned for future growth, and has solidified its place as the leader in data center single-phase liquid immersion cooling. This new infusion of capital will help ensure that GRC is strongly positioned to advance new product development and strategic partnerships across the globe.”

In the past 12 months, GRC signed OEM agreements with Dell and HPE, won phase one of the Air Force’s AFWERX program, will provide cooling for a Serbian data center, opened an Indian office and reseller partnership, and appointed former Schneider Electric executive Dave Johnson to its board of directors. Last week, in our deep dive into PPP loans, we reported that GRC borrowed $350,000-$1m to help retain 24 jobs.

“GRC’s most recent investment validates the work we have been doing to reduce the cost and complexity of designing, building, and operating next-generation data centers,” Peter Poulin, CEO of GRC, said.

“Further, the team is proud to be engaged with our data center colleagues in industry efforts to reduce the carbon footprint of data centers, which unchecked will soon exceed that of the airline industry. By deploying GRC’s highly energy-efficient ICEraQ, ICEtank, HashRaQ, and HashTank product lines, we contribute to a more sustainable future.”

Huge energy efficiency gains in data centers have so far kept the industry from increasing its footprint considerably, although it is not known how long such efforts can continue with traditional cooling.

Immerse yourself in more