Expected to be completed this year

Intel is set to deliver its first quantum computing testbed to the US Department of Energy’s (DOE) Argonne National Laboratory in Illinois.

The Argonne National Laboratory is home to a variety of research projects and supercomputers, and is the host lab for Q-Next, a DOE National Quantum Information Science Research Center dedicated to developing the science and technology to control and distribute quantum information

The chip manufacturer’s testbed will be the first major component installed in the Laboratory’s quantum foundry and is expected to be completed this year.

Q-Next will be able to use Intel's machine to run quantum algorithms on a real 'brick-and-mortar' quantum computing system instead of a simulated one. Intel will receive feedback from scientists on the quality of the machine’s components and its overall operation.

Quantum computing has the potential to solve problems that lie beyond the capability of even the most powerful computer systems today by using a phenomenon of quantum physics. The technology could solve complex problems in a variety of fields, such as pharmaceuticals or telecommunications. Intel’s approach to qubits focuses on silicon spin qubits, which store information in the material’s spin. 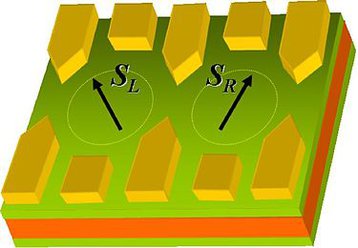 “It turns out that spin qubits look a lot like transistors, of which Intel ships 800 quadrillion every year. The similarities between the two technologies mean we can leverage Intel’s expertise in semiconductor design and manufacturing for spin qubits,” Roberts said. ​“We’re harnessing the Intel infrastructure to help make quantum computing a reality.”

Intel entered the quantum computing sector in 2015 with the launch of its quantum computing program with the University of Delft in the Netherlands; the program intended to apply high-volume manufacturing techniques to the creation of quantum devices.

The company researches the entire quantum system, including qubit devices, the hardware, and software used to control them, and the quantum algorithms, making it highly compatible with the Q-Next research.

“Intel’s work in developing quantum devices resonates strongly with Q-Next’s mission, and the company’s partnership has been invaluable for the collaboration,” said Q-Next Director David Awschalom, who is also an Argonne senior scientist. ​“The entire Q-Next-Intel team, including Jeanette, has been committed to helping the center realize its goals. Once the semiconductor testbed is up and running, it’s going to open all kinds of possibilities for creating new quantum materials and devices.”

There is also the potential to eventually take the quantum effects and distribute them across a network as a quantum internet.