Interxion to build new data centers in Frankfurt and Marseille

European carrier and cloud-neutral colocation provider Interxion plans to build two new data centers - one in Frankfurt, Germany and another in Marseille, France. 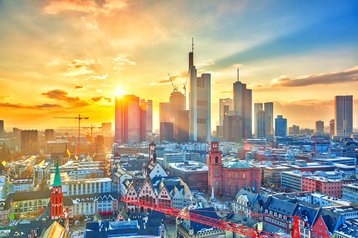 Ruberg added: "Similarly, Interxion Marseille already has over 130 network service providers present and is now established as a primary gateway for submarine cable connectivity between Europe, Asia, the Middle East, and Africa with 13 cables currently active and additional cables due to become operational before the end of 2019.

"Strong demand from global customers is driving our growth in each of Frankfurt and Marseille as they seek to benefit from the highly-developed communities of interest that we have created in these markets.”

Last month, Interxion announced that it had increased its annual capital expenditure guidance range for the year due to increasing colocation demand, and said it would expand its existing data centers in Amsterdam, Marseille, Frankfurt, Dusseldorf and Zurich, as well as potentially acquire new land. The new data centers are not expected to increase that capital expenditure.