The company invests €50 million in its latest expansion

European cloud and colocation provider Interxion is planning to expand its data centers in Marseille, Paris, Vienna, and Dusseldorf.

In total, the company expects to add 3,900 square meters of white space and 5MW of extra power, with the construction projects running through to the middle of 2017.

“We continue to deploy capital based on demand while strategically building our Communities of Interest across our footprint.” 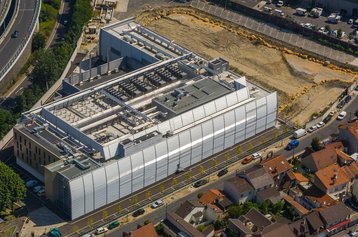 Interxion operates more than 40 data centers across 11 countries. Even though the company describes itself as exclusively European, the majority of its customers are American businesses that are looking to establish a ‘beachhead’ on the continent.

In the next 18 months, Interxion plans to add more capacity across four existing facilities. In Marseille, it will build another 800 sq m of white space and add just over 1MW of power, at the cost of €10 million. That’s in addition to 900 sq m the company built at the site last year. Extra capacity will be available in the third quarter of 2016.

In Paris, Interxion is expanding the PAR7 facility in La Courneuve – the data center that was almost closed in 2015, after local residents complained about the noise form the generators and the near proximity of fuel storage tanks.

The court initially withdrew Interxion’s license to operate the €132m facility, but later reversed the decision. PAR7 will get 1,100 sq m of additional capacity at the cost of €14 million – expected to be delivered in the second quarter of 2017.

In Vienna, Interxion will expand the VIE2 data center, incrementally adding approximately 1,400 sq m of white space and around3MW of customer power. The €23 million project will be delivered in several phases, with the initial capacity scheduled for the fourth quarter of 2016 and the build continuing through to the third quarter of 2017.

And finally in Dusseldorf, the second phase of Interxion’s DUS2 data center will get 600 sq m of additional white space at the cost of €3 million - scheduled to become operational in the second quarter of 2016.