The investment community continues to be abuzz with news that a storied short seller has bet against data center real estate investment trusts (REITs).

Earlier this week, Jim Chanos said that he was shorting the data center REIT industry because "the cloud is their enemy, not their business. Value is accruing to the cloud companies, not the bricks-and-mortar legacy data centers." He argued that hyperscalers are either building their own facilities, or renting space at lower and lower prices, cutting into the margins of REITs.

DCD Explainer: What is a data center REIT? 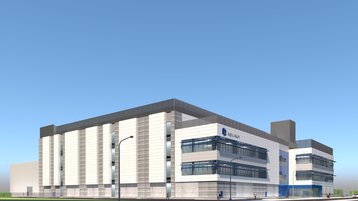 But the position has seen some criticism by other investors, notably the managing partner of GGV Capital yesterday.

Now, the head of the US REIT team at investment bank Jefferies Group has also critiqued the short bet.

"Operators are able to increase base rents annually and should continue to benefit from the post-pandemic occupancy recovery," Jonathan Peterson said.

Update: Wells Fargo analyst Eric Luebchow has also criticized Chanos' take, noting that his "argument is not only unoriginal, as we have heard the same short thesis for over five years, but in conflict with the current and past behavior of the hyperscalers... we don't think he understands the data center market very well."

Original story continues: DBS Group Research analysts Dale Lai and Derek Tan also said in a report that REITs and cloud providers are more collaborators than they are competitors.

But, they add: "[Cloud providers] continue to seek new capacity to keep up with their customer growth. We understand that they are still struggling to fulfill their own demand and capacity.”

“Secondly, the big cloud providers are large and sophisticated technology companies that are in the business of driving profits from their core expertise and not as data center operators. Moreover, end users of data centers prefer carrier-neutral infrastructure that provides them with the flexibility to switch between carriers when necessary.”

Due to this, the analysts believe there is a "limited risk" of hyperscale data centers “cannibalizing” demand from data center REITs for their end users.