Will host out of its Harlow data center campus

Data center company Kao Data has won a contract to host speech recognition firm Speechmatics out of its Harlow campus.

The company will host an on-premise supercomputer for AI workloads. Speechmatics will then use Megaport networking to connect to cloud instances within Amazon Web Services (AWS), Microsoft Azure, and Google Cloud. 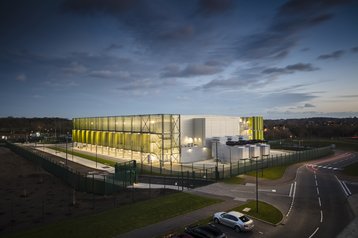 The exact performance and power usage of the deployment were not disclosed. It features Nvidia A100 GPUs in Supermicro servers.

In March, Kao announced it would build a second facility at its campus outside of London, this time supporting 10MW. KLON-02 will support up to 1,800 racks across 3,400 sqm of technical space and four data halls.

The data center has a PUE of 1.2 and is fully powered by renewable energy.

"The opportunity to support Speechmatics in this crucial phase of the company's expansion is an exciting prospect for our organization, and further underpins Kao Data's position as the UK's preeminent provider of sustainable data centers for HPC and AI," said Lee Myall, CEO, Kao Data.

"We look forward to working closely with Speechmatics to help power and support their unique approach of applying neural networks to speech recognition."

Kao's Harlow data center is also home to Nvidia’s Cambridge-1 supercomputer, one of the most powerful systems in the UK.