The industry event of the year is back at the Old Billingsgate in London this year to explore how digital transformation is unfolding at the edge and how this will shape the regional digital infrastructure landscape.

The leadership panel will explore how edge infrastructure is developing in Europe and what it will mean for the regional data center and cloud ecosystem.

“With more connected users and more applications, including IoT apps, the demand for data continues to grow more critical. Network bandwidth and latency issues are driving the need for solutions at the local edge - outside the core data center and closer to the processing” says Mike Hughes, Zone President UK & Ireland at Schneider Electric, who will be joining this debate at the Old Billingsgate this November. 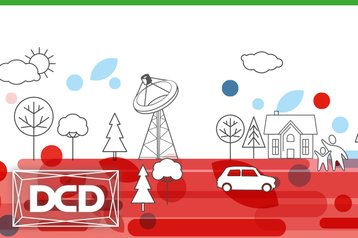 AI to unlock the true value of edge

“As we move into an era of edge computing and look to support low-latency IoT and 5G wireless, we need to make orchestration decisions across thousands of locations in milliseconds. This is an impossible task without AI,”, says Cole Crawford CEO & Founder of Vapor IO.

If you are an end-user or data center or cloud infrastructure operator you may qualify for a complimentary pass, please check to verify your status here. Final tickets are available.