The official opening marked the on-time, on-budget completion of the 16MW data center at the Macquarie Park Data Centre Campus located in the Sydney North zone. The project received an initial investment of more than AU$85 million (US$63.9m). 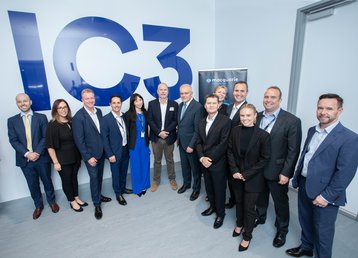 Announced in 2019, Macquarie completed external work and signed a 10MW lease with a customer for the facility in 2020.

“Increasingly, our economy and our security depend on each other. This campus is about both – a mighty $200 million data center, Australian owned, Australian operated, one of the most trusted and certified in Australia, with a team of highly trained engineers delivering up to 50 megawatts of data storage capability,” said Morisson.

The company is already working on its next facility at the site. The Intellicentre 3 Super West data center will be a 32MW facility, the largest on the campus in New South Wales, bringing the site’s total capacity to 50MW.