Four Malaysian operators have agreed to use the government's state-owned 5G network, following months of talks, with services set to launch soon.

Celcom Axiata, Digi Malaysia, Telekom Malaysia, and U Mobile have all signed up to a ten-year agreement with Malaysia's Digital Nasional Berhad (DNB). 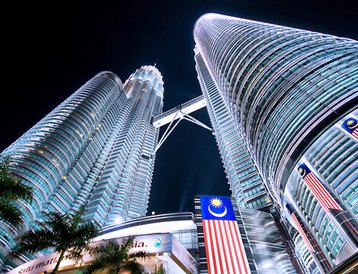 It follows months of delayed talks, with the operators reportedly hesitant to sign up to the agreement over concerns of pricing and transparency.

However, all four operators have confirmed today that agreements have been reached with the DNB, with U Mobile set to launch 5G services as soon as this Thursday (November 3).

This comes weeks after all four operators apart from U Mobile had agreed to take up equity stakes with the DNB. Another operator, YTL Communications, also penned an agreement to take an equity share in the DNB's shared 5G network.

In total, Celcom Axiata, Digi Malaysia, Telekom Malaysia, and YTL agreed to take up a share of 65 percent of the agency, with the remaining 35 percent held by the government.

YTL and Telekom Malaysia will each take 20 percent equity in DNB, while Celcom and DiGi will take a stake of 12.5 percent each, with this amount to increase to 17.5 percent if a proposed merger between DiGi and Celcom doesn't complete by mid-2023.

Meanwhile, Maxis, another of Malaysia's mobile operators is reported by Reuters, as still assessing the governance requirements for the access agreement.

Maxis, along with U Mobile, pulled out of the joint equity agreement with the DNB at the end of August. The initial 5G single wholesale network was set to be split six ways, with the operators owning a combined 70 percent stake.

The DNB has maintained that its 5G strategy will keep costs lower and speed up the deployment of 5G services in the country, which has faced regular delays.

The DNB says the rollout will cost RM16.5 billion ($3.7bn) for the next decade, with Ericsson selected as the network equipment provider, with Malaysia's government seeking to cover 80 percent of the country with 5G by 2024.