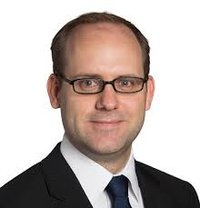 Netrality managers were partners in the deal with investment fund Macquarie, the firm said in a press statement. They bought Netrality from Abrams Capital Management, an investment fund with $3.5bn of assets that include stakes in Facebook and Google parent Alphabet.

Netrality CEO Gerald Marshall, who formed Netrality with partners from his property investment fund Amerimar Enterprises in 2015, was part of the buyout partnership, said a spokeswoman for the firm. She was unable to give more details about the deal.

"In addition to facilitating the public Internet, the sites allow companies to build direct private connections between networks," he said. Macquarie was expanding its portfolio of investments in communications infrastructure.

Netrality's Marshall said the company would get "access to significant growth capital" from Macquarie. It would use the money to buy businesses and properties. Netrality would "leverage their institutional relationships," he said of the deal in a press statement. Last year, Macquarie bought a stake in another US data center firm, Aligned Energy.

DCD understands Amerimar executives invested in Netrality privately, though Amerimar itself was a property investment fund, and was said by filings at US financial regulator the Securities and Exchange Commission to have raised about $7.5 million for investments. Abrams has worked in partnership with Amerimar.