Join Digital Realty and Dataplex in the moratorium fallout

Microsoft, Amazon, and Equinix are reportedly joining the list of companies pausing projects in Dublin in the wake of a de facto moratorium in Dublin. 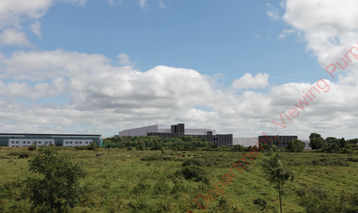 The publication reports that while both companies had received planning permission for facilities, it is understood that Amazon had not received a connection from EirGrid and had been told it would not be eligible for one.

Microsoft is reportedly sizing up alternative locations in London, Frankfurt, and Madrid, while Amazon has decided to build its data center near London.

While Amazon has projects in Clonshaugh Business and Technology Park that was recently granted planning permission by Dublin City Council, The Times suggests an EngineNode facility being built in Clonee, County Meath, was also being developed for the company. The EngineNode site has been subject to legal challenges from nearby residents. The connection status of the Clonshaugh facility is unclear.

AWS currently has one UK cloud region located in the Bristol area (though it is named as 'London'). The company recently announced it would spend £1.8 billion ($2.37bn) in the UK over the next two years on building and operating data centers.

Amazon is known to be developing at least three sites in the UK in Didcot, Swindon, and Bracknell, and recently bought a distribution center in Iver, likely to convert into a data center.

A de facto moratorium appears to be in operation since the turn of the year in Dublin after EirGrid said the grid in the capital was under strain, and no new data center applications are expected to be granted a grid connection before 2028.

Applications previously granted a connection before the ban came into force, estimated to be more than 1GW of developments, are still set to be built and connected. Dozens of projects that were in the pipeline however, were not granted grid connections and have either been canceled or remain in limbo.

The Times also reports that Equinix has also had to pause a project in Dublin. The colocation giant paused a data center with planning permission at Profile Park in Clondalkin after the company failed to secure a grid connection.

Last year, the company filed for and was granted permission to build a three-story data center known as DB8.

Maurice Mortell, managing director of Ireland and emerging markets at Equinix, said wind and solar options cannot generate 100 percent of electricity of a data center, and green hydrogen energy technology isn’t mature enough. “In order for us to deliver hydrogen at scale, we would have to build another facility the equivalent size as a data center itself,” he said.

EirGrid said that since the CRU’s direction last November it had not granted licenses to connect to the grid in the Dublin area, which is constrained at present. “EirGrid is now applying these criteria to all data center applicants, many of which have decided not to progress their developments,” a spokesperson said.