The Urban Developer reports that documents for the proposal drawn up by engineering firm Dem went on display earlier this month, with Microsoft’s name included within the documents. 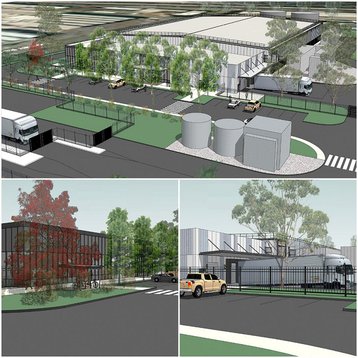 The development, to be known as MEL4, would sit alongside a larger MEL5 data center, which is yet to be put forward to the City of Maribyrnong.

Last year Microsoft announced plans for a new data center campus in west Sydney. The company is aiming to build a $1.3 billion campus at Kemps Creek, in a new industrial estate being developed by Frasers and local fund manager Altis Property Partners in New South Wales.

The Kemps Creek data center site would include two two-story data hall buildings, an office, an on-site substation, and 61 generators. The entire site comprises a total area of approximately 17.38 hectares. The data halls will total around 65,354 sqm (700,000 sq ft); documents show that designs are currently underway for two 48MW centers, with a third data center being designated as a future build for a total of 144MW capacity.

All of the major cloud players have a presence in Australia. This year, Google opened a new GCP region in Melbourne, Victoria; its second in the country.