Expanding from a single-zone region

Microsoft plans to expand its Melbourne Azure region with more availability zones, and said its upcoming New Zealand region is due to launch soon.

“Today we’re outlining additional cloud infrastructure investments Microsoft is making to ensure organizations of all sizes in Australia and New Zealand can continue to transform their business operations and accelerate the pace of innovation,” Microsoft said in an announcement over the weekend. “This includes upcoming availability of Azure Availability Zones (AZs) in our Australia Southeast (Melbourne) and New Zealand North (Auckland) data center regions, to support additional services and higher reliability." 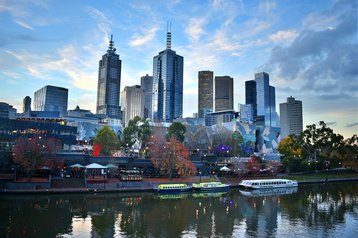 Though most Azure regions launch with three availability zones to ensure greater resiliency and provide backup options, some older regions still only operate with one zone.

In March of this year, a proposal for a new data center in Melbourne was put on display, featuring Microsoft’s name on the project.

The development, to be known as MEL4, would sit alongside a larger MEL5 data center, which is yet to be put forward to the City of Maribyrnong.

Last year Microsoft announced plans for a new data center campus in west Sydney. The company is aiming to build a $1.3 billion campus at Kemps Creek, in a new industrial estate being developed by Frasers and local fund manager Altis Property Partners in New South Wales.

Plans for a New Zealand Azure region were first announced in May 2020.