A planned modular data center in the Canadian town of Okotoks, outside Calgary, Alberta, has been scrapped.

Okotoks Today reports that local company CEGEN Environmental Group had planned to develop a modular data center in the town on North Railway Street, but the project is now ‘on pause’ after the company couldn’t attract enough funding for the project. 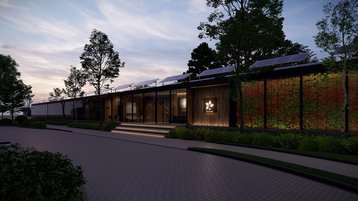 “We raised most of the capital, we did all those things. But we basically just ran out of time before the agreement with the Town [ended],” said CEGEN CEO Steve Morgan. “We took a couple of short extensions in order to get there, and the risk was too high to sign, even if I was at 80 percent, 80 percent is still a few million [dollars] short at that point.”

The conditional deal between the Town of Okotoks and CEGEN has lapsed, citing the economic downturn associated with the pandemic and the inability to fulfill contracted conditions.

The facility would have reportedly been a 20,000 sq ft ‘eco-friendly’ modular data center. A greenhouse was also set to be on the site, with carbon dioxide cycled through living walls into the greenhouse, where the plants would convert it into oxygen. Produce grown in the greenhouse was to be donated to the local food bank.

“I think the struggle that CEGEN has is about the land use and the size of the land that they need, and it could be that the land that the Town has available may not meet that need,” said Town of Okotoks chief administrative officer Elaine Vincent. “From the Town’s perspective, we certainly wish CEGEN the best and we hope they do have the opportunity to invest in Okotoks because we do want that business here.”

The company said it is still working on various projects in the US, Australia, New Zealand, and British Columbia.

“I don‘t think we’ll partner with the Town again, we’ll just partner with another industry group — either Shaw or whatever the case may be, we’re having those talks,” Morgan said. “The Town [was] great to work with, but they didn’t have any experience at all. And in the end, it was just a land deal for them, nothing more.”