Ronald Monster, that is

Monster has been managing director at Asperitas since 2020. He replaces present CEO Rolf Brink, who founded the company in 2014. 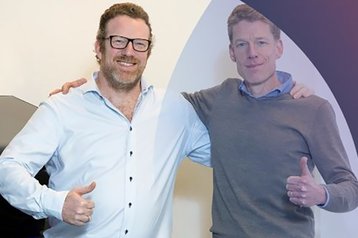 Monster's previous career includes posts at Shell and KPMG. In the last 1.5 years as managing director he has been working closely with Brink, which should ensure a smooth transition.

“I am thrilled to have this opportunity to lead the management team at Asperitas," said Monster. "I have big shoes to fill, following on from an ambassador like Rolf, but I am proud to have the opportunity to head up a team that provides such highly experienced knowledge, service and support for our customers.”

Brink, who will remain as a nonexecutive board member and as an independent advisor, said: “As former CEO, shareholder and investor, I am extremely proud and happy that we’re able to appoint Ronald as the new CEO of Asperitas." said Rolf Brink. “Such pioneering work is incredibly exciting, and I have enjoyed every second of it so far.”

In its release about Monster, Asperitas says it also has a new investor on-board, but the company has declined to say who this is at present.