Already has led to millions of dollars in savings, Agency claims

NASA has dramatically reduced the number of racks it needs at its ground stations with a system that shifts data to the cloud.

The “Data Acquisition Processing and Handling Network Environment” (DAPHNE) system is currently deployed at ground stations in Alaska, US, and Svalbard, Norway.

The team plans to deploy it in Puntas Arenas, Chile, and Wallops Island, Virginia, US. It also plans to work with international partners in Asia and Australia. 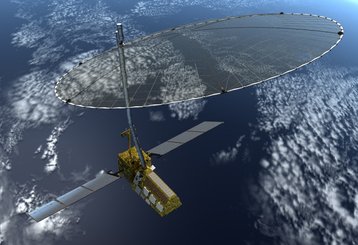 Work on DAPHNE has been going on for several years, with the project mentioned in a 2019 research paper. But in the latest issue of NASA's IT Talk magazine, DAPHNE is described in detail. The article was first spotted by GCN.

"The system is composed of two parts: one piece of streamlined hardware that is local to the station, and a second 'virtual' component in the cloud," DAPHNE project lead Salem El-Nimri and Goddard Space Flight Center branch head Steve Sirotzky explained.

The local system uses general-purpose hardware, which injects data from satellite missions. It then pushes the prioritized data to its counterpart in the cloud, for full processing.

"Removing the need for multiple generations of mission-specific hardware also significantly reduces the footprint at the ground station. It is reduced from racks of ever-growing mission unique hardware to just half a rack of a shared resource," the team writes.

"In addition, DAPHNE removes the need for owning or leasing costly connections. The system is designed to connect to the nearest cloud backbone global infrastructure network, benefiting from economies of scale to reduce the communication cost significantly."

They claim that the system has already "contributed to millions of dollars of savings to the Agency."

In the 2019 paper, the Agency highlights one mission, the NASA-ISRO Synthetic Aperture Radar (NISAR), that will use DAPHNE.

When it begins in January 2023, NISAR could produce at least 35TB/day - equivalent to nearly five petabytes of data over the course of its three-year mission. Such storage and process would be impractical without cloud computing, the paper states.

It is not disclosed which cloud provider DAPHNE sends data to. NASA is a multicloud customer, and operates its own data centers.

It primarily appears to use AWS above others, with the entire Science Managed Cloud Environment (SMCE) hosted on Amazon servers.