Cutting back, but still outwardly planning for growth

Netflix is looking for ways to reduce its Amazon Web Services (AWS) costs as it loses subscribers and braces for falling revenue.

The company has also begun to lay off hundreds of employees, is hiring more junior staff, and is slashing corporate swag. 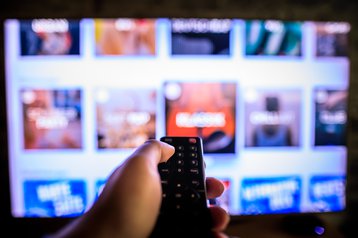 The company is considering reducing the number of copies of data and content it stores around the world, as it searches for ways to reduce its AWS costs, the Wall Street Journal reports.

Netflix completed its move to AWS in 2016, closing its last data center and shifting to its competitor's cloud service. It does continue to run its own content delivery network (CDN), consisting of low-latency equipment installed in Edge locations close to its customers.

The move to the cloud meant that Netflix could focus on its core offering - developing movies and television shows - which helped it grow to 221 million subscribers. That number, however, dropped by a million for the first time in the last quarter, causing its share price to fall dramatically.

Even as it claims it is targeting 500 million subscribers in the next three years, the video streaming company has sought to lower costs in the near term.

It has shifted from hiring experienced staff to hiring interns, put limits on free company equipment, and is closing its Salt Lake City office.