First CLS in Washington since 1999, first on state's Pacific coast

A new cable landing station (CLS) is coming to indigenous-owned land on the northwest coast of the US.

The Quinault Indian Nation (QIN) this week announced the launch of Toptana Technologies, an indigenous-owned cable landing station and backhaul network provider on the West Coast of the United States in Washington state. 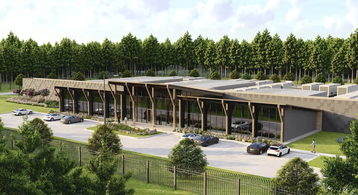 Designed to Tier III standards, the 17,700 sq ft (1,650 sqm) CLS will support four subsea cable customers and 1MW at launch, with the capacity to expand up to 16 customers over time, and offer the option of 100 percent renewable power to customers. A new fiber-optic backhaul network will enable access from the coast to the I-5 corridor with onward connectivity to Seattle as well as Hillsboro, Oregon.

Construction of the cable landing station will begin in mid-to-late 2023, and is expected to be operational in 2025. Assured Communications Advisors has been selected as primary operations service provider and facilitator of sales and industry partnerships.

QIN is a sovereign Indian Nation covering approximately 210,000 acres of land within Washington, including 27 contiguous miles of coastline. QIN is self-governed and its population consists of the Quinault and Queets tribes and descendants of five other coastal tribes: Quileute, Hoh, Chehalis, Chinook, and Cowlitz. The Nation said this would be the first indigenous-owned CLS.

Founded in 1855, the Quinault reservation is located in Grays Harbor and Jefferson counties, around 45 miles (72 km) north of Hoquiam. Located on the coast, Taholah is the largest settlement on the reservation.

Despite being home to Microsoft and AWS, there are relatively few subsea cables landing in Washington state, with most cables on the west coast landing in Oregon or California.

The US-Japan Pacific Crossing-1 (PC-1) lands in Washington’s Harbour Pointe, while the Alaska United East (AU-East) cable runs from Lynnwood north to various points in Alaska. Both were laid in 1999 and travel along the Salish sea and land in the Seattle area. QIN's facility would be the first landing station on Washington’s Pacific coastline.

“QIN saw a great opportunity and conducted our own feasibility study for a cable landing station on our nearly 30 miles of coastline and surrounding coastal property locations,” said Tyson Johnston, Head of Development for Toptana Technologies and former Quinault Indian Nation Vice President. “With careful consideration of environmental resources and concern for the fishing industry, we determined that QIN territory was a highly feasible landing point and one which uniquely overcame the challenges previously identified. In late 2019, the process began to find industry partners to bring this project to life that could balance technological progress, continued advancement towards a sustainable economy, stewardship of land and waters, and make a positive impact for the next seven generations.”

“Toptana Technologies will greatly support tribal and non-tribal communities’ ability to access key digital resources at industry standards found in other communities that are increasingly required for healthcare, economic development, education, employment, and more,” added Guy Capoeman, Quinault Indian Nation President. “We envision a world where connectivity powers endless possibilities to advance quality of life while preserving stories and traditions for generations to come. Toptana presents this opportunity for QIN to help lead our community forward towards a world where the digital divide simply does not exist.”