NABERS is an Australian rating system that measures the energy efficiency, greenhouse gas intensity and the overall impact that the nation's buildings have on the climate. 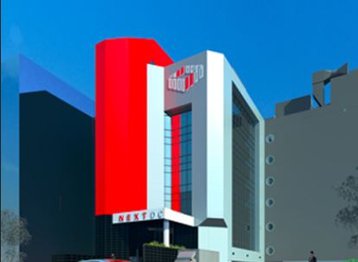 Under NABERS (the National Australian Built Environment Rating System), the highest rating that a building can receive is six stars, a five star rating is still considered "excellent."

NextDC's M1 facility is also certified to Uptime Institute's Tier III (Design) standards and is the only point of presence for Amazon Web Services in the state of Victoria.

The Australian colocation provider say they were able to achieve such a high environmental rating by using indirect economy cycle free cooling to run and maintain exceptional indoor air quality for the critical IT infrastructure.

NextDC’s chief of engineering & design, Jeff Van Zetten, said: “Our goal is to set a new global benchmark in data center design that will deliver a higher level of sustainability for our customers and our environment. We are responsible for building the digital economic infrastructure that will support our future generations, so it’s something we take very seriously.”

The company's COO, Simon Cooper, added: “Continued investment in this area remains a priority and we will continue to push sustainability boundaries and set aggressive new benchmarks for the data center industry.”

Although it operates a total of 10 facilities, NextDC actually only owns the land on three of them - the rest are leased or part-leased. The company established a real estate investment trust, Asia Pacific Data Centers (APDC), which is the owner of the land and walls of three data centers in Sydney, Perth and Melbourne.

NextDC had a majority stake in APDC until 2017, when investment firm 360 Capital Group took a controlling 67 percent stake in the venture, following an extended bidding war.

After further bidding, the data center operator has since sought to win the three properties back, and secured a compulsory acquisition of APDC in October.