Nvidia plans to make its full stack of AI and HPC software available to the Arm ecosystem by year's end.

Once the optimization is complete, Nvidia will support all major CPU architectures, including x86, Power and Arm. 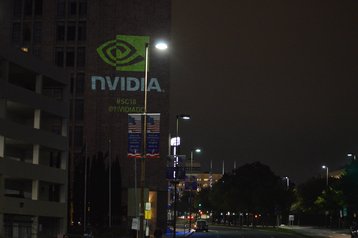 "Arm has been an interesting conversation in high-performance computing (HPC) and the data center space more broadly," Ian Buck, VP and GM of accelerated computing at Nvidia, said in a prebriefing ahead of the announcement.

"Certainly, we've seen lots of interest in Arm, but more recently, there's been a significant uptick. With the announcement made by the European Commission and EPI on exascale, they stated publicly that Arm will be the CPU architecture of choice for European exascale - it's clear that Arm has a bright future in Europe. With the work being done in Japan with Riken and the Post-K systems there, Arm also is the CPU of choice for Japanese exascale.

"For Nvidia, we feel that Arm has reached a tipping point in that conversation and we want to help it succeed."

Simon Segars, CEO of Arm, added: “Arm is working with our ecosystem to deliver unprecedented compute performance gains and exascale-class capabilities to Arm-based SoCs. Collaborating with Nvidia to bring CUDA acceleration to the Arm architecture is a key milestone for the HPC community, which is already deploying Arm technology to address some of the world’s most complex research challenges.”

The two companies have worked together in the past - Nvidia currently uses Arm-based processors in its Tegra embedded devices and gaming systems family. In 2011, Nvidia also tried to put Arm server cores on its GPUs, under a failed initiative known as Project Denver.

“Supercomputers are the essential instruments of scientific discovery, and achieving exascale supercomputing will dramatically expand the frontier of human knowledge,” said Jensen Huang, founder and CEO of Nvidia, said.

“As traditional compute scaling ends, power will limit all supercomputers. The combination of Nvidia's CUDA-accelerated computing and Arm’s energy-efficient CPU architecture will give the HPC community a boost to exascale.”