Our lights will stay on says Greek colo

Alexandros Bechrakis is remarkably calm, given the crisis in Greece. As the commercial director of the Greek data center services firm Lamda Hellix, he says: “A crisis is not always a threat, it can be an opportunity.”

Despite widespread reports of trouble for Greek tech firms, Bechrakis has good reason to say this. This crisis has not come out of nowhere and, as a provider of services located in Greece, Lamda Hellix is well positioned, he says: ”Greece has been in a deep crisis for almost six years now, and every one of these years has been the best year of the company.” 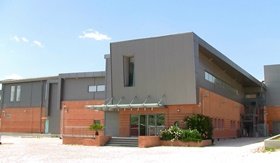 The company does 80 percent of its business in colocation, renting space in its data center to other firms who want a space where their IT systems can benefit from Lamda Hellix’s reliable power and networking infrastructure. It also manages other parties’ data centers, and offers a disaster recovery service with 700 workstations and backup servers ready for customers to use in a major incident.

For the past several years, Greek firms have had to focus on their main business, says Bechrakis, dealing with customers not nursing servers in their basement. Some of them have moved their IT into the Lamda Hellix site, either through colocation, or using the services of the handful of cloud providers located there.

With Greek’s economy performing badly, these companies have looked outside the country, and Bechrakis says he helps them get this with good connectivity offered by multiple providers at a carrier neutral site: ”Companies are trying to counteract the financial crisis by targetting the global market.”

Some companies have gone further, and decided to serve the global market with services based abroad - but this has got some of them into difficulty. Using cloud services such as Amazon Web Services and Microsoft Azure clouds becomes increasingly difficult for Greek companies as restrictions on currency movement limit the amount of money they can spend abroad.

Lamda Hellix, and the cloud providers located there, can help, says Bechrakis: ”With the capital controls, people cannot export money from Greece. We have customers come to us who have been hosting in cloud services abroad.”

The company will be taking part in a marketing campaign promoting Greece-based clouds as a safer bet for tech firms serving national and and international markets.

Might these firms have trouble getting their data back from the foreign clouds they are using, if they are in arrears with payments, though? Bechrakis points out that these are IT managers; it’s their job to foresee difficulties: “They have seen this problem coming,” and will have copies of their data, and funds to pay to move it. 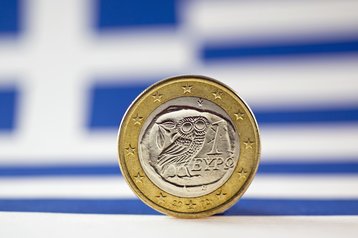 Although Greece is portrayed as a potential financial disaster, Bechrakis says his disaster recovery business is actually growing. “In the last few months, both our colocation and business continuity services have increased,” he tells DatacenterDynamics. “The increased perception of risk makes people think how they can reduce that risk.”

Lamda Hellix is the biggest business continity center in South East Europe, Bechrakis tells us, with regional and global customers ready to move staff into its site when needed.

Even if Greece’s economy gets worse, there is no serious risk of power cuts, said Bechrakis - the country has reserves of coal, coal-fired power stations which are lying unused owning to a move to renewable energy. Lamda Hellix is in an industrial area whose power is prioritized.

Lamda Hellix has enough fuel on site for “many many” days of operation, and multiple sources for continued supplies, he says. It also has sufficient suppliers of IT equipment and spares to maintain and upgrade the data center. “We are in the business continuity business,” he says. ”We have been built to withstand situations. of a very big magnitude. We employ our own personnel, we have a lot of on-site stock for replacement parts, and agreements with a lot of suppliers.”

We have specific plans and specific provisions, we have agreements from outside Greece for things we might need. We will support our operation, no matter what.

What if the worst happens?

What happens if Greece exits the Euro, or the country goes bankrupt? Bechrakis thinks he is ready for any situation: ”We would prefer that nothing happened. We don’t want to see the world tumble to prove we are all right. But if it does happen, our lights would still be on.”

He wants Greece to stay in the Euro: “We are built to compete in the world market, we have a world class facility, and all our specifications are about being able to support regional and global demand.”

However, even without the Euro, there could be positive outcomes: ”Greece is our natural environment of being, as a country, as people and as Lamda Hellix. We will have a major role to play in all occasions.” Without the Euro, a restored drachma would probably be a weak currency, boosting exports, and also adding more of a drive for Greek companies to buy services at home.

Lamda Hellix is part of the national infrastructure. It hosts some government services - though given the possibility of default, he is pleased to tell us this is less than five percent of the company’s revenue. But some of those services are quite important, he says, and the government will be concerned to keep online the sites which keep its services - and its income - running.

“I don’t say I want to say I am optimistic,” he says. “It is a bad situation for Greece. We have grown during the last six years, and believe we can continue to do so.”