The co-founder of quantum computing startup Pasqal has been awarded the Nobel Prize in Physics 2022, for work that established some of the foundations for quantum informatics.

Company co-founder Professor Alain Aspect of the Université Paris-Saclay and École Polytechnique in Palaiseau, France has been awarded the Prize, along with John F. Clauser, and Anton Zeilinger for experiments with entangled photons which established the properties of "Bell Pairs" of particles, which are used in quantum computing. 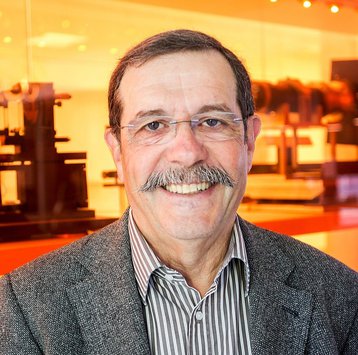 The three winners separately carried out experiments to test a mathematical theorem of physicist John Bell in 1964, which proposed that information could be transmitted over great distances using pairs of particles which were entangled quantum mechanically.

Clauser tested the proposal in 1972, with his colleague Stuart Freedman, then Aspect followed up in 1980 with a more precise experiment which followed Bell's ideas more closely, using pairs of polarized photons, and a random switching device which chose which photon to measure before they reached the detectors, ruling out the possibility of the observer affecting the outcome.

Zeilinger followed up with an experiment which involved three or more entangled photons called a GHZ (Greenberger-Horne-Zilinger), after Zeilinger and colleagues Daniel Greenberger and Michael Horne. GHZ states are used in creating quantum bits, or qubits in quantum computers.

“Congratulations to all Nobel Prize winners, and especially I would like to congratulate and thank Alain Aspect. I am immensely delighted for him! Beyond his discoveries and his vast contribution to Quantum Physics, he also inspired and will continue to inspire, young physicists, as he has for me. We are deeply honored to have him in Pasqal, as a co-founder,” said Georges-Olivier Reymond, CEO of Pasqal.

Aspect also contributed to neutral atoms quantum computing, a technique where atoms are immobilized and manipulated with laser light. Professor Aspect developed a method to cool down atoms enough so they would be rendered immobile.

His low-temperature physics work also took part in the race to create a Bose-Einstein condensate, a state of matter in which particles called bosons are cooled close to absolute zero where quantum properties can be observed as macroscopic phenomena such as superfluidity. The Bose-Einstein condensate was finally created in 1995 by a different team.

“Almost forty years ago, I performed experiments showing that entanglement is a reality in spite of Einstein's doubts. It belonged to the conceptual step of the second quantum revolution. In the recent years, I have been delighted to learn of ideas to use entanglement for solving some problems exponentially faster than with classical computers. This is the so-called Quantum Advantage. With Psaqal, I am glad to be in the game of the technological stage of the second quantum revolution, as I was a player in its conceptual stage,” said Aspect.