The Vault failed because of “a power failure of both our main and backup power systems,” a company spokesperson told the Bend Bulletin. OneNeck will be looking into why the redundant system failed. 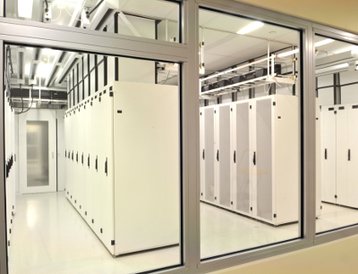 Cabinets at The Vault, Bend

OneNeck has given no further details of the cause of the failure, but the Vault is Tier III and LEED certified; and has a flywheel UPS, as well as a passive "Kyoto wheel" free cooling system. It has a carrier-neutral data room, with two 1.2MW generators and has a 750kW critical load. Its data room is carrier-neutral and serves local tier 1 customers

The spokesperson said that, after the failure, services were restored for the majority of customers in 45 minutes to one hour. Among those affected was local ISP BendBroadband, which was back up in 20 minutes.

The hospital system wasn't so lucky. When it saw a network outage at 7:30am, it went to “downtime procedures” and postponed elective surgeries, which were resumed when the system came back up at 2pm.

Self-proclaimed “one neck to lead and one neck to choke,” One Neck IT Solutions is a subsidiary of Telephone and Data Systems that provides colocation, cloud and disaster recovery services as well as IT hardware and managed services. It has carrier-neutral data centers in Arizona (where Telephone and Data Systems is based), Colorado, Iowa, Minnesota, New Jersey, Oregon and Wisconsin.