Amazon Web Services (AWS) has deployed its software on a satellite in orbit.

During its re:Invent 2022 conference this week the company announced that it successfully ran a suite of AWS compute and machine learning (ML) software on an orbiting satellite. 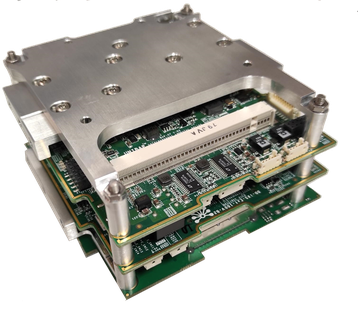 The company said the ten-month experiment, conducted in low Earth orbit (LEO), was designed to test faster and more efficient methods for customers to collect and analyze data directly on orbiting satellites using the cloud.

“Our customers want to securely process increasingly large amounts of satellite data with very low latency,” said Sergio Mucciarelli, vice president of commercial sales of D-Orbit. “This is something that is limited by using legacy methods, downlinking all data for processing on the ground. We believe in the drive towards edge computing, and that it can only be done with space-based infrastructure that is fit for purpose, giving customers a high degree of confidence that they can run their workloads and operations reliably in the harsh space operating environment.”

Max Peterson, AWS vice president, worldwide public sector, added: “Using AWS software to perform real-time data analysis onboard an orbiting satellite, and delivering that analysis directly to decision makers via the cloud, is a definite shift in existing approaches to space data management. It also helps push the boundaries of what we believe is possible for satellite operations.”

On January 21, 2022, the team made its first successful contact with the payload and executed the first remote command from Earth to space. The team began running its experiments a few weeks later. Using AWS AI and ML services reportedly helped reduce the size of EO images by up to 42 percent, increasing processing speeds and enabling real-time inferences on-orbit.

“We want to help customers quickly turn raw satellite data into actionable information that can be used to disseminate alerts in seconds, enable onboard federated learning for autonomous information acquisition, and increase the value of data that is downlinked,” said Dr. Fredrik Bruhn, chief evangelist in digital transformation and co-founder of Unibap. “Providing users real-time access to AWS Edge services and capabilities on orbit will allow them to gain more timely insights and optimize how they use their satellite and ground resources.” 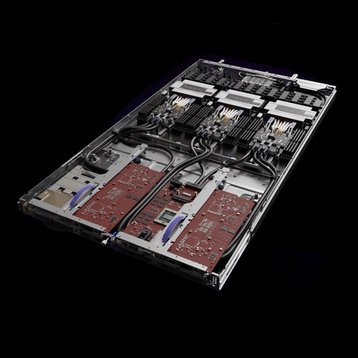 EC2 Hpc7g; powered by AWS Graviton3E processors, the company said this new instance with up to 35% higher vector instruction processing performance than the Graviton3. Hpc7g instances will be available in multiple sizes with up to 64 vCPUs and 128 GiB of memory.

“They are designed to give you the best price/performance for tightly coupled compute-intensive HPC and distributed computing workloads, and deliver 200 Gbps of dedicated network bandwidth that is optimized for traffic between instances in the same VPC,” said AWS chief evangelist Jeff Bar.

EC2 Inf2; available in preview, these instances are powered by up to 12 AWS’ own Inferentia2 chip, offering up to 2.3 petaflops of deep learning performance, up to 384 GB of accelerator memory with 9.8 TB/s bandwidth, and NeuronLink, an intra-instance ultra-high-speed, nonblocking interconnect.

EC2 R7iz; available in preview, these instances are the first EC2 instances powered by 4th generation Intel Xeon Scalable processors (code-named Sapphire Rapids) with an all core turbo frequency up to 3.9 GHz. R7iz instances are available in various sizes, including two bare metal sizes, with up to 128 vCPUs and up to 1,024GiB of memory.

AWS said these instances have the highest performance per vCPU among x86-based EC2 instances and can deliver up to 20 percent higher performance than z1d instances. These instances are reportedly ideal for front-end Electronic Design Automation (EDA), relational databases with high per-core licensing fees, financial, actuarial, data analytics simulations, and other workloads requiring a combination of high compute performance and high memory footprint.

EC2 C6in; powered by Intel Xeon Scalable processors with an all-core turbo frequency of up to 3.5 GHz, these x86-based Amazon EC2 compute-optimized instances offer up to 200 Gbps network bandwidth. This offering is available in nine different instances with up to 128 vCPUs and 256 GiB of memory, can deliver up to 80 Gbps of Amazon Elastic Block Store (Amazon EBS) bandwidth, and up to 350K input/output operations per second (IOPS).

EC2 M6in, M6idn, R6in, and R6idn; now in general availability, these instances are powered by Intel Xeon Scalable processors with an all-core turbo frequency of up to 3.5 GHz. These x86-based general-purpose and memory-optimized instances offer up to 200 Gbps of network bandwidth.

EC2 C7gn; available in preview, these instances are powered by the latest generation AWS Graviton3 processors. The c7gn instances will be available in multiple sizes with up to 64 vCPUs and 128 GiB of memory. C7gn instances offer up to 200 Gbps network bandwidth and up to 50 percent higher packet-processing performance compared to the previous generation’s Graviton2-based C6gn instances.