If latency is not an issue, servers should move to countries with better energy supply

The UK power grid is operating close to its full capacity and struggling to secure enough energy for its reserves, something that could slow down future data center development as the total number of facilities and their power consumption increases.

According to a report by Northbridge Energy Partners, data centers are currently responsible for 1.5 to 2 percent of overall UK power use, and growing.

But the low reserves – forecast to fall until 2018/2019 - and legacy infrastructure of the grid mean it is becoming increasingly attractive to host data abroad.

“With the UK’s current and precarious limited reserve margins, there is precious little room for data center growth,” warned analyst Peter Kelly-Detwiler, author of the report. He named the Nordic countries and Quebec in Canada as the places with better energy security and more reliable power grids.

Anarchy in the UK 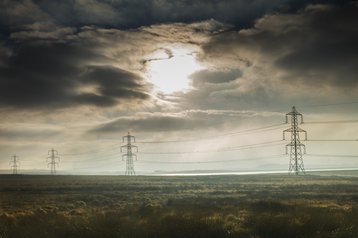 In order to keep pace with the growth of data and the need to process that data in real-time, we will need larger and more powerful data centers. But server farms already consume around three percent of the world’s electricity, as much as a country the size of Italy or Spain, and this amount is only going to increase.

With the average lifespan of a data center being about 20 years, the reliability of the power grid will become an increasingly important element to consider when thinking about location.

According to the report commissioned by Iceland-based colocation provider Verne Global, the UK is not making the grade. While it enjoys very high demand for data center services and is home around 5,000 existing facilities, it is also one of the developed countries where data centers face the highest level of uncertainty with respect to future power supply.

Last year, The British Office of Gas and Electricity Markets (Ofgem) warned that de-rated capacity margins for electricity – a metric used to measure security and reliability of supply – will total somewhere between two and eight percent for 2015/2016. In July 2015, this figure was revised downwards, with the grid loosing around 2,200 MW.

In comparison, the same metric for winter of 2010/2011 was at 14.1 percent. In the US, de-rated capacity margins are typically maintained at 15 percent.

“A reserve margin that falls to between 0 to 4 percent in 2016/17 and barely clears 6 percent over the next five years in the current scenario planning should give data centers looking to locate in the UK some considerable cause to reconsider,” said Kelly-Detwiler.

“Aside from concerns related to supply, overall reliability of the grid does not appear to be improving either.”

The report suggests that the best solution to UK’s energy problems is to gradually relocate some of the digital infrastructure to countries with more reliable grids.

Of course, such facilities would lose on latency but research conducted by The Broad Group indicates that even in the financial sector, only 10-15 percent of applications actually require proximity to the London Stock Exchange.

“Relocation would result in lower operating costs and less exposure to the risk of power supply disruption. It would also help to take some stress off the UK power grid, providing planners with more time to develop cost-effective options,” added Kelly-Detwiler.

Some of the countries that offer more reliable power include the Nordics (Denmark, Finland, Iceland, Norway, and Sweden) which produce plenty of renewables and are united by a common power pool, and Quebec, a region in Canada that benefits from cheap hydroelectric power, modern grid and is currently improving its energy export capabilities.