The facility will increase service availability, as well as processing and storage capabilities, Santander said. 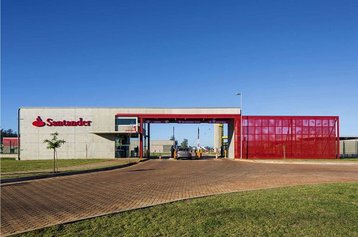 “Looking at long-term demands, we’ve built the data center with enough capacity and availability to support the aggressive growth that we have observed in the mobile and Internet channels,” said Marino Aguiar, Santander Brazil’s chief information officer.

The facility is built on 800,000 sq m of land and will be used for processing and storing Santander data, speeding up operations, securing storage, providing greater system stability, and serving more customers -  with the ability to adopt future technologies.

Santander’s Campinas data center triples the physical space of the facilities that house the equipment responsible for Santander’s operations.

The facilities have a capacity of more than 5PB in storage, virtualized storage and mainframe can average 210m transactions a day. The facility will house around 9,000 virtualized servers.

The infrastructure installed will also allow the bank to meet anticipated growth in demand.

Santander also expects to use the data center to monitor all operations in Latin America.

The Campinas facility has received Tier IV certification in design and construction from the Uptime Institute, and consists of two identical buildings connected together for redundancy. It has two independent power systems and a third set of backup generators, giving it the ability to ensure normal operations in a 2N +1 model.

If the supply from the mains is interrupted, the complex can operate at full capacity up to four days without refueling generators. The construction is modeled as a semi-buried bunker which involves wrapping plants with a layer of soil to reduce the impact in case of collision. It has reinforced walls and slabs capable of supporting the weight of the upper floors in case of a collapse. Power generators are free of lead batteries and cooling system remove air condensing water use.

The data center - which uses free cooling - is Santander Group’s first in Brazil, and adds to the existing two in Spain, the UK and Mexico.

Santander has applied for LEED Gold certification from the Green Building Council for the data center.