Senators propose $2.2 billion in funding for US national AI strategy

US Senators Martin Heinrich, Rob Portman and Brian Schatz have proposed the Artificial Intelligence Initiative Act (download here), legislation which would grant $2.2 billion for federal research and development as well as create a national strategy for AI.

If the bipartisan trio of senators' proposal is made into law, $2.2 billion worth of funding would be spread between agencies like the Department of Energy, Department of Commerce’s National Institute of Standards and Technology and others over the next five years. 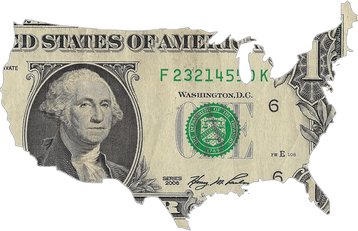 Capital from the capitol

$100 million of that funding will be handed to the National Institute for Standard and Technology to create five multidisciplinary AI centers to promote research and education around the topic.

The education would be available for all levels of education including “primary, secondary, undergraduate, graduate, postdoctoral, adult learning, and career retraining stages of education.”

In addition, an AI advisory committee would be created with half the members coming from the AI industry.

In February President Trump signed the Executive Order on Maintaining American Leadership in Artificial Intelligence (viewable here), which called on US business to “drive technological breakthroughs in AI across the Federal Government, industry, and academia in order to promote scientific discovery, economic competitiveness, and national security,” But, the order lacked any new funding to support development of these strategies.

After the order was signed, we looked at the US government's various disparate AI initiatives, with billions spent across different departments.

Speaking to VentureBeat, Senator Heinrich said: “I give the administration credit for putting some real thought into AI, however, their efforts have not been as coordinated across government agencies as we’d like, and so we set up a structure to make sure that that’s occurring,”

“I think it is probably not reasonable to think that we’re going to match them [China] on a dollar-for-dollar basis. Where we can exceed the Chinese is in innovation, and having the sort of environment that facilitates both innovation and respect for ethical conduct. If we can nurture that environment, we’ll be able to out-compete the Chinese over the long run, because the best and brightest will want to do this sort of work here as opposed to the pretty toxic environment that exists in China right now.”