CapitaLand, SP Group, and Sembcorp Industries this week signed a Memorandum of Understanding to jointly study the use of integrated energy solutions to power data centers.

CapitaLand’s data center will be the first to pilot the use of integrated energy solutions under SP’s Energy Partnership Programme. The program was created to help businesses solve energy challenges and contribute to Singapore's hope for a low carbon and “smart energy” future.

Among others, this will entail the exploration of using solar photovoltaic, green hydrogen, and energy storage solutions, as well as smart technologies to increase energy efficiency and effectiveness. 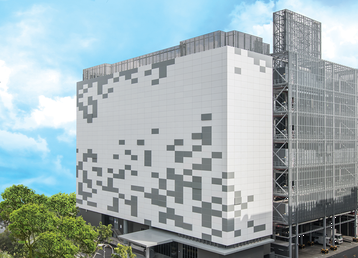 Formerly known as Geo-Tele Centre, 9 Tai Seng Drive in the north-eastern part of Singapore has a long and storied history. Previously owned by Sabana Reit, it at one point had Savvis Singapore as its anchor tenant which ran it as “SG8." (Savvis was acquired by CenturyLink’s US$2.5 billion acquisition in 2011)

Sabana sold the building to Ascendas-Singbridge for SG$99.6 million in cash in 2018, with 37 years left on the tenure of the land at that time. Ascendas-Singbridge promptly initiated a renovation with addition and alteration works that began in March 2019 and completed earlier this year.

This means that that the acquisition of Ascendas-Singbridge by CapitaLand in June 2019 gave it a freshly refurbished six-story data center with a basement. According to CapitaLand, it now sports an efficient water-cooled system, LED lighting, and recycles condensate from the air-conditioning system and cooling towers, allowing it to clinch a BCA Green Mark Platinum Award.

“As a responsible company, CapitaLand is partnering SP and Sembcorp to further enhance the sustainability of our data centers to support the growth of a clean digital economy. The ability to leverage smart energy solutions and tap renewable energy sources at our data centers will extend CapitaLand’s competitive advantage within the data center industry while meeting our commitments towards global sustainability,” said Kelvin Fong, managing director of Data Centre at CapitaLand Group.

“Besides powering our data centers with renewable energy, we aim to offer energy-efficient designs and facility operations at our data centers. CapitaLand remains committed to contribute to the environmental and social well-being of the communities we operate in.”

CapitaLand’s 9 Tai Seng Drive is located right beside Equinix’s SG4 data center at 7 Tai Seng Drive, which launched at the start of the year.