They grow up so fast

Stellium’s campus is comprised of three data centers and is based out of Cobalt Business Park in Newcastle, England. The funds are expected to be used by the three-year-old company to fit-out its facilities. 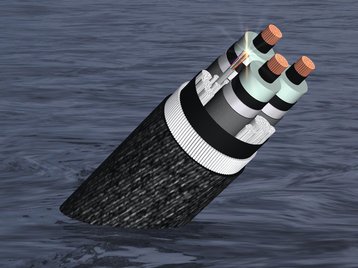 Submarine cables - the like seen in the AEC-2 – Nexans

Last year, submarine cable company Aqua Comms selected Stellium as one of its cable land station locations for the "North Sea Connect" cable that will link the Cobalt campus in Newcastle, England, to Esbjerg, Denmark.

The North Sea Connect cable will be part of the North Atlantic Loop, a system of international submarine fiber cables that includes the America Europe Connect-2 (AEC-2), currently being built by Aqua Comms, connecting New Jersey with Denmark.

The AEC-2 cable is a brand name for Aqua’s portion of the HAVFRUE cable that will land at Wall in New Jersey at the Tata Communications CLS.

Newcastle City Council Leader Nick Forbes said: “The investment announced today, along with the confidence shown by Aqua Comms in choosing Stellium as its primary UK landing station to link the US with Europe, is further evidence of the city’s burgeoning reputation for supporting partnerships to develop the skills which will create thousands of jobs for future generations.”