American software vendor Sureline Systems has added support for OpenStack in the latest version of SureEdge Migrator, announced at the OpenStack Summit in Barcelona.

SureEdge Migrator enables customers to transfer their workloads between various types of virtual, cloud, physical, and container platforms without disruption to the business.

“We talked to a couple of large companies that are looking to move thousands – in one case fifteen thousand machines – to OpenStack. Those things are about to happen so we wanted to get in where we could be at the leading edge,” Sureline COO George Symons told DatacenterDynamics.

“Fifteen thousand VMs is probably a two to three year process, so it’s a great type of customer for us to get involved with.” 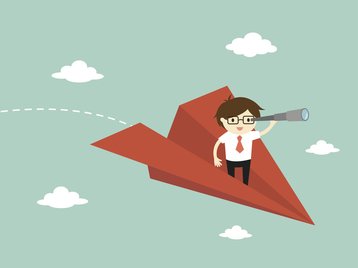 Sureline is a young Silicon Valley startup that initially specialized in disaster recovery, but soon branched out into cloud services, first with DR-as-a-Service, then cloud migration. It develops automated tools that support all major hypervisors (VMware, Hyper-V, KVM, Zen) and all major public cloud providers.

SureEdge Migrator has added OpenStack compatibility in version 4.7.1, so customers can now transfer their applications, complete with all data and interdependencies, from traditional infrastructure to private or public OpenStack environments.

Customers can also migrate their apps back, if switching to open source did not meet their expectations.

SureEdge supports deduplication, compression and encryption for any data going across a WAN, and promises to have no impact on production servers during the migration process.

The software injects necessary drivers to ensure bootability of the apps on OpenStack-compatible hypervisors. It supports a variety of OpenStack components, including KeyStone, Nova, Neutron and Cinder.

Symons told DCD that he doesn’t believe that OpenStack, in its current state, offers considerable cost benefits over traditional infrastructure models – after all, while your servers might be cheaper, they would require attention of OpenStack specialists who are in short supply and command large salaries.

He was more positive about the platform’s ability to prevent vendor lock-in and make customers hypervisor-independent.

“The ability to choose which parts of OpenStack you want, it makes sense for a large enterprise, to customize their environment,” he added.