Synergy: In the third quarter of 2017, more than half of all colo revenue came from just 20 metros

Just like wealth, the colocation market is concentrated in the hands of the few

Of all the revenue generated by retail and wholesale colocation around the world in the third quarter of 2017, 59 percent came from only 20 metropolitan areas, according to a report by Synergy Research Group.

The top five, in this order, were Washington DC, New York, Tokyo, London and Shanghai, accounting for 26 percent of total revenue, followed by Chicago, Dallas, Frankfurt, San Francisco and Singapore, which together accounted for 15 percent of revenue.

The trickle up effect 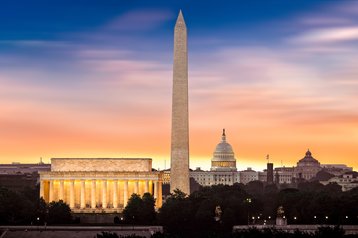 Reinforcing this trend, revenue growth in the top five metropolitan areas year-on-year was reportedly two percent higher than in the rest of the world, indicating an ongoing concentration of the market.

The Washington D.C. and Northern Virginia metropolitan area stood apart from the rest, emerging as “by far the largest wholesale market in the world,” according to John Dinsdale, Synergy’s chief analyst and research director. This market reported 20 percent growth in the last four quarters.

North Virginia became the largest metropolitan colocation market in the world in the final quarter of 2016, fueled by the rapidly growing hub of Ashburn.