TACC gets another powerful HPC system

The Texas Advanced Computing Center (TACC) at the University of Texas at Austin has deployed a new three petaflops supercomputer.

When fully deployed later this year Lonestar6 will be the seventh-fastest supercomputer at a US university and three times as powerful as the Lonestar5 system that it replaces. TACC also operates the Frontier, Stampede2, and Longhorn systems. 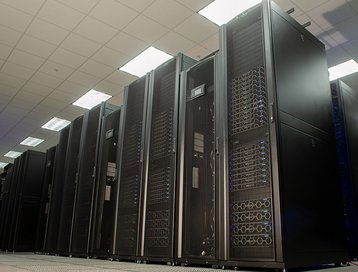 "Opening up TACC's world-class computing ecosystem will benefit numerous students and scholars across the UT System," said James B. Milliken, chancellor of the UT System. "We are grateful for the continued investment by the Board of Regents, which will allow the UT System to maintain leadership in this critical technology area and attract top faculty across science and engineering fields."

A number of Texas academic institutions jointly contributed $2 million to the project including the Oden Institute for Computational Engineering and Sciences, the Center for Space Research (both based at UT Austin), Texas A&M University, Texas Tech University and the University of North Texas system.

"This new collaboration will have extraordinary long-term impacts for research at University of North Texas," added Mark McLellan, vice president of UNT's Division of Research and Innovation. "It creates exciting opportunities for innovative and impactful research outcomes. Working with TACC will allow UNT's research teams to effectively address a range of pressing global challenges."