California-based startup Clockwork has raised more than $20 million in funding for its network clock synchronization technology.

The Palo Alto-based company announced this month that it has raised $21 million in Series A funding led by global venture capital firm NEA and other angel investors.

The announcement of funding also coincides with the launch of the company’s first product, Latency Sensei, a fine-grained sensor of latencies in cloud, on-premise, and hybrid environments.

Latency Sensei is the first in a series of products planned to work on top of the clock synchronization system.

Named after a martial arts teacher, Latency Sensei informs its users who otherwise would be unable to access network elements connecting their virtual machines or data containers and enables them to ‘see through the fog of virtualization’ and measure true one-way delays of a packet or remote procedure call and discover network bottlenecks.

The company said Latency Sensei is already in use by companies such as eBay, Wells Fargo, and RBC for tasks such as accurate timestamping, in-order execution of trades, and accurate latency measurements.

The company is allegedly already working on a project called ‘TCP’ which aims to make it easier to detect congestion inside data centers. Using latency intelligence, the TCP can be provided with advice on how to best route packets in the data center.

Clockwork was founded by a team of researchers from Stanford University, including Yilong Geng, Deepak Merugu, Balaji Prabhakar, with Mendel Rosenblum, who also co-founded VMware, acting as the Chief Scientist and Board member.

"Virtualization has been tremendously successful in enabling the cloud computing revolution," said Mendel Rosenblum. "However, it has also made the cloud opaque, isolating the tenant from the underlying infrastructure. As cloud usage continues to explode, I see our technology developing into something as fundamental as the microscope or the telescope, allowing a tenant to peek into the hidden depths of the cloud infrastructure to ensure their application is being well-served." 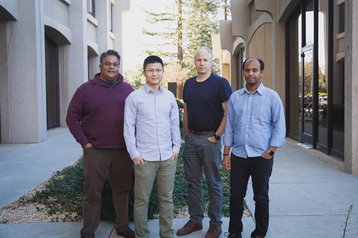 Latency Sensei was based on the team's academic research, and will allegedly ‘rewrite a large part of the way distributed computing and packet-switched networking are currently practiced.’

As key technologies underpinning cloud computing, accurate synchronization is more important than ever.

Prabhakar has said of the complexity of synchronization across a network: “Sometimes, inside data centers, I couldn’t get them to agree on a second. My phone and the base station here probably agree on the second. Then you get finer and finer and finer — down to the microseconds and nanoseconds. That is very hard. It’s very hard for two clocks to know exactly what nanosecond they are in.”

The solution created by Clockwork is based on a machine learning model, not too dissimilar from that used by the Network Time Synchronization Protocol (the system currently used by most computers).

However, the Latency Sensei system dives deeper into the data. It carefully measures the time it takes for a timestamp to arrive at the server, then considers a variety of timestamps, getting both the offset of the clock and the relative frequency difference which is fed back into the machine learning model. Not only that, the different clocks used are built to communicate with one another and self-correct when they are not synchronized.

Rosenblum said of the technology: “Currently, nobody uses time except for maybe Spanner at Google, CockroachDB or someone doing database things.

“We believe that there are a lot more places, especially as more and more time-critical things came up. And [researchers] got kind of excited about that possibility of us being able to pull this off.”

Last August, engineers at Facebook created a custom PCI Express card as part of the Open Compute Project, which can turn any server into a synchronization device. Clockwork claims that its solution will be able to provide even greater accuracy.