Internet connectivity has been lost at a Ukrainian nuclear research facility, following disconnections at the Zaporizhzhia Nuclear Power Plant and Chernobyl disaster site.

The Kharkiv Institute of Physics and Technology came under attack on 6 March by Russian forces, destroying critical cooling equipment, a substation, and other infrastructure. Now it has been disconnected.

The institute includes the NSA “Neutron Source," developed with US Department of Energy funding, which has also been damaged. 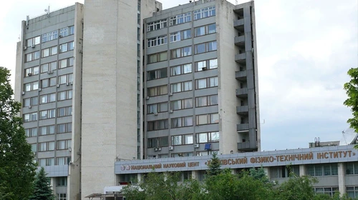 The Neutron Source is designed for research and production of medical radioisotopes, accroding to Ukraine's State Nuclear Regulatory Inspectorate. Though it had been freshly stocked with nuclear fuel before Russia's invasion, it is an an accelerator-driven subcritical assembly and not a critical nuclear reactor. A large nuclear accident is unlikely, although local disasters could happen, depending on how much material remains on-site.

"The building contains equipment which, if damaged, can lead to radioactive pollution of the environment," Ukraine's Centre for Strategic Communications and Information Security said.

Remote monitoring would help understand the extent of that damage and risk, but that has been disconnected.

"The Kharkiv Institute of Physics and Technology in Ukraine has fallen offline after an attack by Russia," Internet monitor NetBlocks said.

Kharkiv has been under constant shelling and air attacks by Russian forces.