The Army plans to invest almost $1bn in cloud and data modernization over the next five years, writes FCW.

The announcement was made just days after new Army Secretary Ryan McCarthy was sworn in on October 10.

But, according to McCarthy, the plans could be delayed if Congress doesn't reach a funding deal or if the Pentagon's $10 billion Joint Enterprise Defense Infrastructure (JEDI) is stalled further. 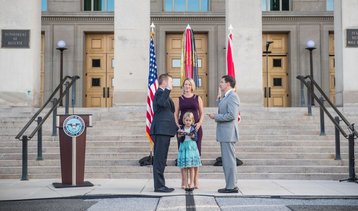 "That we have [bring] in data from weapons systems to make faster decisions on the battlefield as well as making much more informed decisions from a business standpoint in places like the Pentagon.

"Without a budget, it's a new start program, so we'll sit and we'll wait."

Because of the series of new projects, a bill for more funding must be passed in Congress, which is the only way for the Army and Defense Department to get funds for new or multiyear programs.

Due to the ongoing investigation into the JEDI contract, it is unlikely any further progress will be made in the meantime.

JEDI was set to be awarded to AWS or Microsoft this August, with the contract lasting up 10 years and worth as much as $10bn. But the project was stymied by allegations by tech competitor Oracle, which claimed the contract heavily favored Amazon. Oracle took the tech giant and the DoD to court, but the case was dismissed.

After a lobbying campaign, President Donald Trump in July called for an investigation of the program.

Later that month, newly-appointed Secretary of Defense Mark Esper told reporters he wanted to take a "hard look" at the contract.

The review of the JEDI contract is still ongoing. 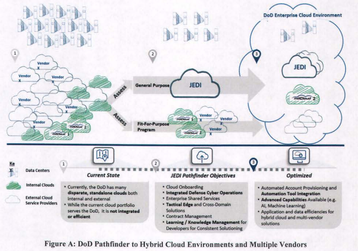 A long hard look at the contracts

In recent weeks, the DoD has been particularly reticent to be associated with any allegations of bias in awarding contracts.

Earlier this month, the department pulled a $7.6bn back-office cloud contract after a competitor who lost out raised questions about the process.

Pending another review it, appears that it too will not be awarded until the DoD looks at the contract and makes amendments.