AMD, Cray, HPE, IBM, Intel and Nvidia get new business from the troubled agency as the exascale race continues

The US Department of Energy has awarded six American tech companies with contracts for high performance computing (HPC) research.

The $258 million in funding will be shared between AMD, Cray, HPE, IBM, Intel and Nvidia over three years as part of the new PathForward program, itself part of DOE’s Exascale Computing Project (ECP).

The companies themselves will provide additional funding amounting to at least 40 percent of the total project cost, which the DOE says will bring the total investment to at least $430 million. 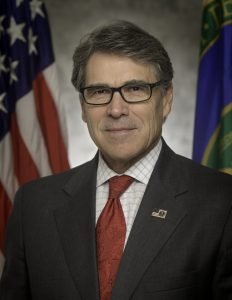 “Continued US leadership in high performance computing is essential to our security, prosperity, and economic competitiveness as a nation,” US Secretary Rick Perry said.

“These awards will enable leading US technology firms to marshal their formidable skills, expertise, and resources in the global race for the next stage in supercomputing—exascale-capable systems.”

ECP Director Paul Messina added: “The PathForward program is critical to the ECP’s co-design process, which brings together expertise from diverse sources to address the four key challenges: parallelism, memory and storage, reliability and energy consumption.

“The work funded by PathForward will include development of innovative memory architectures, higher-speed interconnects, improved reliability systems, and approaches for increasing computing power without prohibitive increases in energy demand. It is essential that private industry play a role in this work going forward: advances in computer hardware and architecture will contribute to meeting all four challenges.”

The announcement comes after continuing concern over DOE funding levels under the Trump administration. The bipartisan 2017 fiscal year budget agreement slightly increased DOE funding, but Trump’s own budget proposed to reduce it by up to $900 million and completely eliminate the Advanced Research Projects Agency-Energy.

Prior to this announcement, ‎when asked about the reports over DOE funding, Cray’s VP of business operations in EMEA, Dominik Ulmer, told DCD: “It is always a concern to us what the Department of Energy does, it’s a very important partner for us - not only because they are a large customer at various places, but also because we’re also developing our systems oftentimes in a co-designed fashion together with them, where we work together on technologies and try to match software and hardware technologies in a better way.

“This is a concern to us, of course.”

But, while the DOE plans for significant cuts – this month closing its Office of International Climate and Technology – the race to an exascale computer has long enjoyed bipartisan support in the federal government.

For the Trump administration, which has often portrayed China as a rival nation, competition over exascale computing could prove enticing. China currently operates the world’s most powerful supercomputer, the Sunway Taihulight, and hopes to achieve exascale during the 13th Five-Year-Plan period (2016-2020).

The US expects to reach exascale by 2021-23, aiming to create a machine that would be at least 50 times faster than its most powerful computers in operation today. Whether the country can hit this target is a matter of debate, especially considering funding changes. 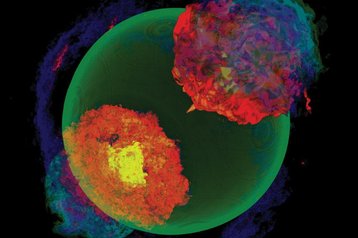 Out of the companies participating in PathForward, HPE and AMD were the most forthcoming with details. HPE’s grant will be used to develop a reference design for an exascale supercomputer, building on its research project known as The Machine.

The company’s Memory-Driven Computing architecture was spun out of The Machine, something it plans to do with other aspects of the project as it continues to develop.

“We are excited at the opportunity to provide the technical blueprint for an exascale system that will process data faster than any supercomputer available today and enable a new era of computational and scientific capabilities,” Bill Mannel, VP and GM of HPC Segment Solutions at HPE, said.

“Our novel Memory-Driven Computing architecture combined with our deep expertise in HPC and robust partner ecosystem uniquely positions HPE to develop the first US exascale supercomputer and deliver against the PathForward program’s goals.”

“We see this DOE grant as a vote of confidence in the ability of HPE and Hewlett Packard Labs to help overcome daunting technology challenges that are impeding everyone’s progress toward exascale computing,” Steve Conway, VP of HPC research at IDC, said.

AMD, meanwhile, said that it will work on CPU and GPU microarchitecture, memory systems, component integration, and high-speed interconnects.

“We are honored to be among the select few companies chosen by the US Department of Energy to provide necessary research supporting the development of the advanced technologies required for exascale supercomputers,” Alan Lee, corporate VP for research and advanced development at AMD, said.

“We have been working on exascale research for five years now, and PathForward will take our work to a new level, focusing on system-level technology integration with partners. We are well prepared for this initiative, as evidenced by our high-performance technologies development along with long-standing participation in standards bodies.”

The company added that the ECP project could lead to advances in low-power embedded, cloud, data center, and high-performance computing applications in other fields.