US plans to spend up to $1.8bn on two new exascale supercomputers

The US Department of Energy (DOE) has sent out a Request for Proposals (RFP) worth up to $1.8 billion for “at least two” new exascale supercomputers.

Part of the CORAL program, the new systems will follow the first US exascale supercomputer, Aurora, which comes online in 2021. The RFP also covers the possibility of Aurora upgrades and a potential successor system in 2022-2023. 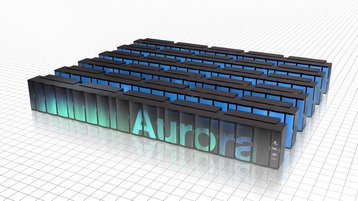 Each must have a unique system design, delivered by 2021-2023, within a cost range of $400-$600 million. A third potential system at Argonne National Laboratory, Illinois, could have a similar or wholly different design from the first two.

The RFP states that the supercomputers can’t require more than 40MW of power, with a 20-30MW budget preferred. This power limit includes computing, storage, cooling and auxiliary equipment.

Further costs above $1.8bn are subject to congressional appropriations.

“These new systems represent the next generation in supercomputing and will be critical tools both for our nation’s scientists and for US industry,” Secretary of Energy Rick Perry said.

“They will help ensure America’s continued leadership in the vital area of high performance computing, which is an essential element of our national security, prosperity, and competitiveness as a nation.”

Perry’s comments come as the US finds itself under intense competition from China, which has ramped up HPC investments, semiconductor investments and artificial intelligence investments, aiming to dominate the computing sector in the years ahead.

In the November 2017 edition of the Top500 list of the fastest supercomputers in the world, China had 202 systems, while the US had 143.

The Sunway TaihuLight remains the world’s most powerful supercomputer, but will soon be succeeded by the American-made Summit supercomputer, the first CORAL system. Summit, however, could be outperfomed by Tianhe-2A, an oft-delayed machine that could launch this year.

As for the new CORAL systems, proposals are due in May, with bidders announced before the end of the second quarter, and contracts announced next year.

For those interested in the development of complex US government supercomputers, we recommend the latest issue of DCD Magazine. In it, we profile Red Storm, an HPC system installed at Sandia National Laboratories that saved Cray and spawned whole generations of supercomputers.

In the next issue of the magazine, available soon, we look at the fascinating story behind the Cell Broadband Engine processor, a unique architecture that began in the PlayStation 3, and ended up in the world’s fastest supercomputer of its time, Roadrunner.

To get your copy, entirely for free, be sure to subscribe below: