Verizon taps into backup power as California heatwave rumbles on

Verizon has taken the decision to use backup power to keep its network running as California continues to battle a record-breaking heatwave.

Temperatures have reached record-breaking figures, with the mercury reaching an all-time high of 116F (46.7C) in Sacramento, the state's capital. 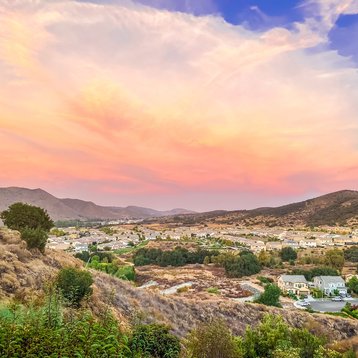 This has led the California Independent System Operator (CAISO) – which oversees the State’s electricity generation – to warn consumers to expect rolling blackouts to lower demand on the grid, and to be able to provide supply.

People in California have been urged to conserve their electricity usage between the hours of 4 pm and 9 pm, during which demand on the grid is at its highest, as part of a Flex Alert.

US operator Verizon has since confirmed that it used backup power at six of its mobile switching centers on Tuesday, with these facilities being run on permanent backup generators that are usually used during network emergencies.

Meanwhile, CAISO said that demand for electricity on Tuesday peaked at 52,061MW. This smashed the previous high of 50,270MW that was set back in 2006.

In a statement, the company said: "Verizon is taking extraordinary steps to help prevent rolling blackouts in California as temperatures rise to extreme levels this week. The following actions will provide meaningful relief to reduce the impact on the state’s power resources while minimizing the risk to our customers and employees.

"Throughout the year, Verizon Wireless prepares comprehensive disaster recovery plans to test emergency generators and backup batteries to keep the network online in the event of a power outage. By proactively running the switches on backup power during the Flex Alert period today, Verizon hopes to free up power resources so residents and businesses can stay connected to essential services."

The Flex Alert has worked so far, as noted by the governor of California Gavin Newsom in a tweet.

California is currently experiencing wildfires due to the high temperatures, with over 4,000 firefighters battling to put 14 large fires out across the state.