VRT shares are now in the wild

Vertiv Holdings has completed its merger with GS Acquisition Holdings Corp, and has now listed on the New York Stock Exchange.

The critical infrastructure company last year announced plans for a reverse merger to list on the stock exchange without having to go through a formal Initial Public Offering (IPO). 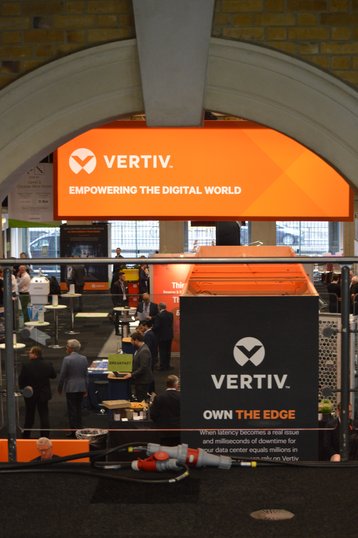 “Today marks an important milestone in Vertiv’s history, as we enter the public markets well-positioned to create shareholder value and capture the growth opportunities we see on the horizon,” Vertiv CEO Rob Johnson said.

“This is possible thanks to the hard work of everyone at Vertiv, the fantastic customers we have the good fortune to work with, the partnership of Dave Cote and Goldman Sachs, and Platinum Equity’s support over the past few years. Together we have positioned Vertiv for its next chapter, and I couldn’t ask for a better team to be with on this journey.”

Private equity firm Platinum Equity acquired Emerson's Network Power division for $4 billion in cash in 2016, rebranding the business as Vertiv. DCD understands that, at the time, plans were made to initially take the division public as its own company, but that it was ultimately put up for sale after several offers - including one from Siemens that came in just shy of $4bn.

In 2018, Vertiv generated $4.3 billion in revenue from a portfolio of power, thermal and IT infrastructure solutions and services for the cloud, enterprise data center, and edge of the network markets.

“Vertiv has a great position in a good industry with an excellent management team and solid strategy in place to continue building their leadership position in the market,” David M. Cote, executive chairman of Vertiv’s Board of Directors and former head of GS Acquisition Holdings Corp, said.

“As we’ve met with potential investors over the past few months and shared our story, it’s clear there is an appetite in the market for a company like Vertiv that demonstrates superb leadership and growth capabilities on a global scale. I’m very pleased to be a part of the company and look forward to a bright future together.”