Big transfer: 23.5 million health records of US veterans have been migrated to a Cerner data center

The US Department of Veterans Affairs (VA) has reached what a “critical milestone” in its Electronic Health Record modernization program.

The VA has now transferred the health records of 23.5 million US veterans to a Cerner data center. 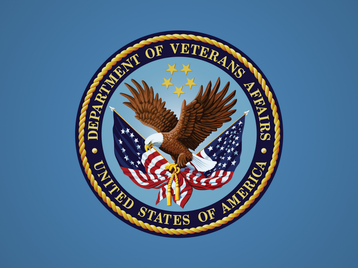 The department was criticized by the US Office of Inspector General earlier this year, after it failed to meet key data center closure and efficiency targets. The inspector general found that in 2018 the VA closed 32 data centers, below its own target of 85, and the official target of 130. It also failed to meet the power usage effectiveness (PUE) target of 1.5 by the end of 2018 - with many VA facilities not even tracking their PUE at all.

But the US Department of Veterans Affairs has now begun transferring records away from its data center infrastructure.

According to the VA, the initial data migration began in late spring, and was completed this week.

It should be noted that the VA has been in partnership with American healthcare IT vendor Cerner since May 2018 when the two had officially signed the Electronic Health Record modernization program.

The VistA system had been developed internally by VA over decades, but is scheduled to be phased out over 10 years. All data thereafter will be processed in the Cerner Millennium EHR solution.

“For decades, VA and DoD have been struggling to achieve interoperability and seamlessly share patient records between our health systems - placing an unfair burden on our Veterans and their families,” said VA Secretary Robert Wilkie. “No Veteran, family member or caregiver should have to carry boxes of paper, medical and service records around. This data migration is the first step to solving that problem for good.”

And we are talking about a lot of data here. So far, over 78 billion records have been compiled from all VA medical centers. In data storage terms, this translates into 50 terabytes of data, which is equivalent to about 850,000 hours of music.

The type of data is varied and is spread across 21 clinical areas of patient health records, such as lab results; pharmacy prescriptions; inpatient and outpatient diagnoses and procedures; and other medical data of both living veterans and those that has passed away.

There is a reason for this mass migration, as according to the VA, the “new data will move into the Cerner system automatically from VistA in near real time, and then make its way to the Cerner Millennium EHR, which will provide shared access with VA, DoD and community care providers."

The idea that as this project progresses, the medical records of US armed forces personnel from their years of active duty will reside in one comprehensive electronic health record (EHR). The US Department of Veterans Affairs is aiming to achieve “an interoperable EHR system that will improve military career transitions and drive better clinical outcomes.

Healthcare IT company Cerner has a long history of government contracts. For example, the US Department of Defense (DoD) awarded Cerner, Leidos and Accenture the $4.3 billion Defense Healthcare Management Systems Modernization contract in July 2015.

But the DoD controversially gave Cerner the no-bid data center hosting contract. Cerner took the job after it claimed it couldn’t do analytics for the Pentagon unless it also ran the servers.

Then in 2016, Cerner was criticized after it considerably raised the price of the data center that was set to play a crucial part in the electronic health record modernization efforts.