OneOps can manage applications and easily move them between clouds

American grocery giant Walmart will be releasing one of its internally developed software tools to the open source community.

In the announcement at its annual meeting with analysts on Wednesday, Walmart said its aim was to prevent cloud vendor lock-in, the “biggest downside” of cloud computing which often forced customers to use proprietary APIs, architectures and tools.

The software release is widely seen as a move against Amazon, owner of the world’s most popular public cloud platform and Walmart’s competitor in the retail space. 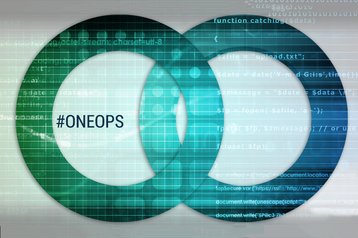 OneOps was developed by the eponymous start-up from Arizona to manage lifecycle of applications and help automate migration tasks by abstracting the underlying cloud environment. It was acquired by @WalmartLabs, the company’s research division, in 2013.

Walmart maintains its own data centers and writes its own software – but the company frequently uses third-party cloud services to meet demand during especially busy shopping periods, for example the notorious ‘Black Friday’.

Walmart says OneOps can increase the speed of project delivery, cut costs and most importantly, give its users freedom to choose any cloud provider and switch between different cloud environments at any time. Today, OneOps is used by nearly 3,000 Walmart engineers.

“We’re enabling any organization to achieve the same cloud portability and developer benefits that Walmart has enjoyed,” stated a blog post written by Jeremy King, CTO of Walmart Global eCommerce and head of @WalmartLabs, and Tim Kimmet, VP of Platform and Systems, @WalmartLabs.

“And by eliminating the barriers that cloud hosting providers have erected, OneOps will drive them to compete based on price, customer service and innovation.”

The source code for OneOps will be available on GitHub before the end of the year.