Lawmakers in Washington state are looking to pass a number of data center tax exemption bills to encourage more development in the state.

HB 1846; Providing a tax preference for rural and nonrural data centers, is the furthest along and has passed the House. Introduced by Democrats April Berg and Alex Ramel, the bill would introduce tax exemptions on data centers located in “rural counties” as defined by Washington’s Sales and use tax legislation. It is set to go to the Senate this month. 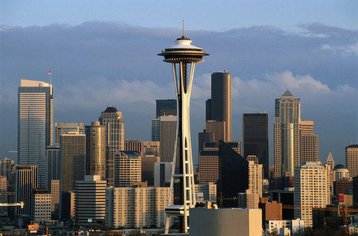 Under RCW 82.14.370, a “rural county" means a county with a population density of less than one hundred persons per square mile or a county smaller than two hundred twenty-five square miles as determined by the office of financial management.

The current version of the bill also includes provisions to work with the Pacific Northwest national laboratory to evaluate Washington's current and future electric grid resilience and reliability and look at the impact of data centers on the grid.

Writing in the Stand, the IBEW, Washington State Building Construction Trades Council, the Washington State Labor Council, and AFL-CIO were strongly in favor of the bill, partly due to a number labor provisions being included.

Two other data center-related bills are also being considered by the House. One is HB 1473; Providing a tax preference for data centers in counties with a certain population. Introduced by Republican representative Cyndy Jacobsen alongside Drew Stokesbary, Robert Sutherland, and Eric Robertson, alongside Democrats Jake Fey and Jessica Bateman, the bill would provide sales tax exemptions for >1.5MW data centers located in counties with populations between 900,000 and 1 million.

The bill was first introduced in February 2021, before being reintroduced this year. It is still at the House Committee. Its companion bill SB 5414 also remains with the Committee.

The House is also considering HB 1459; Broadening the eligibility requirements and extending the expiration date for the data center tax incentive. Introduced by Republican representatives Alex Ybarra alongside Stokesbary, Sutherland, Tom Dent, and Democrat Mike Chapman, it would extend the current data center tax exemptions, allowing new exemption certification to be granted until 2035, which would run until 2047.

Like HB1473, this bill was first introduced last year and reintroduced for 2022; it too remains in the House Committee.