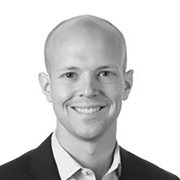 With edge data centers, operators could end up running thousands of sites, and most won't be staffed full-time. Who will be making sure that the UPS remains fully functional?

The humble battery is responsible for running so many devices, but it usually only draws attention when it drains. In the IT infrastructure, where batteries are necessary for backup power supplies, the attitude toward them isn’t much different. IT professionals in charge of uninterruptible battery supplies (UPSs) typically get the responsibility of UPS management by default and are too busy with a lot of other tasks.

But ignoring batteries in power supplies and backup systems can have real consequences. When a power outage occurs, if the backup power system doesn’t kick in because of drained batteries, there is the potential for data loss and serious disruption to operations. That’s why monitoring the health of batteries is a critical task – even if it is one that’s easy to overlook.

Traditionally, tracking the status of batteries in a UPS unit has been mostly a guessing game Stephen Brown, Schneider Electric

As with so many other components in the IT infrastructure, visibility into battery health and performance is a must. That certainly has also been the case in traditional data centers, but as distributed IT environments with multiple edge computing sites expand, monitoring batteries has never been more important.

Edge computing sites can grow into dozens, hundreds or even thousands of locations dispersed over wide geographic areas, crossing country borders and continents. No organization can keep staff at every site to ensure all the equipment is running properly. Instead, organizations rely on remote monitoring and management systems, which track infrastructure and application health, and issue alerts whenever there is cause for concern.

UPS units are a key part of the infrastructure. Traditionally, tracking the status of batteries in a UPS unit has been mostly a guessing game. Guessing wrong can lead to scenarios in which you find out the battery has drained when you most need it – during a power outage. And that’s something every company wants to avoid.

In a major step to implementing predictive capability, there is now technology to monitor batteries from single-phase UPSs to 3-phase UPS units that need to back up critical applications. This monitoring capability takes the guesswork out of tracking battery health.

Using data captured from batteries, you can build a UPS score assessment based on factors such as UPS and battery age, temperature and phase balancing. Data on battery temperature is especially valuable because it is the biggest contributor to premature decay. To prevent that, when the monitoring application senses the battery is operating at the wrong temperature, you can get a notification to make the necessary adjustment.

This alone can extend the lifetime of a unit, saving you a considerable amount of money over the years. Other details revealed by the data include current battery wear status, age, and the cumulative count of discharges (cycles). The information makes it easier to calculate a battery’s expected end of life and schedule a replacement accordingly. For instance, a battery currently operating a 75 percent wear won’t need a replacement for another two-and-a-half years. Replacement is recommended when the threshold of 40 percent is reached, something you can forecast through a UPS score.

The biggest benefit of monitoring battery health is preventing downtime, which can cost companies upward of $1 million per hour. Downtime avoidance is crucial, considering distributed IT sites often support applications that require real-time processing and analytics.

By keeping track of battery health, and knowing exactly when to replace batteries, you not only improve the total cost of ownership but also avoid the high cost of downtime. From a management perspective, the guesswork involved in battery status tracking is removed, which means IT staffers in charge of power systems and batteries can rest a little easier because the chance of being blamed for battery issues is virtually eliminated.

Schneider Electric is offering help with tracking battery health. Learn more about UPS Scores here and how they can proactively improve UPS management at your organization.