Calculating the costs of cooling transparently

How to keep a cool head when modernising your data center 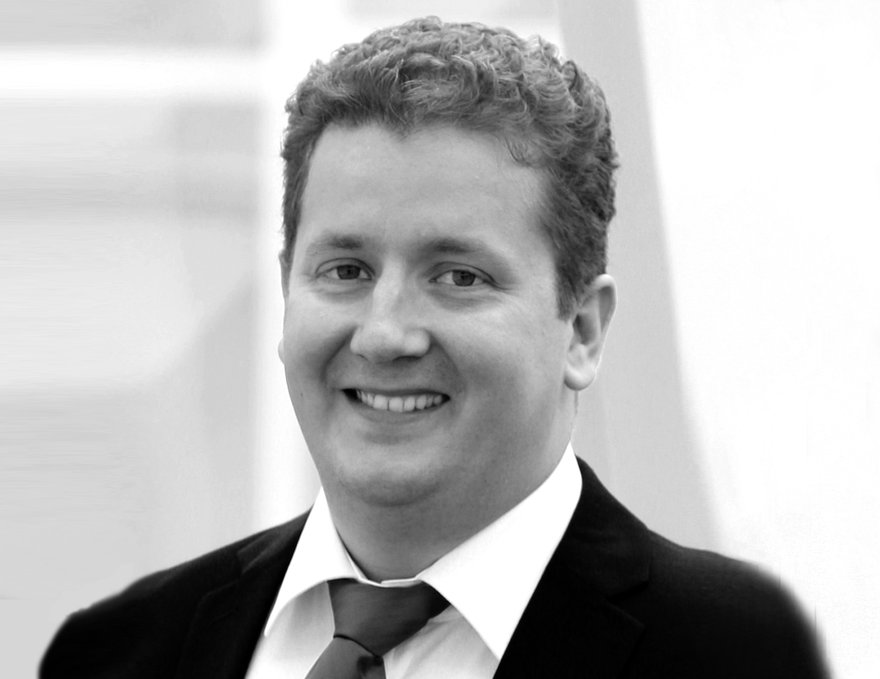 When modernizing data centers, companies can reduce their operating costs by choosing the right type of climate control technology. This article shows how IT managers can calculate the costs of purchasing and operating modern environmental concepts for their data centers.

Data centers are long-term investments with operational lifetimes of between 15 and 20 years. The infrastructure must also be designed for this period. Anyone who neglects to make this investment will – at the latest – pay more in terms of operating costs. This is because power and cooling requirements have increased greatly over the last few years, while the virtualization of IT ensures far higher efficient server utilization.

A survey carried out in 2014 on behalf of Rittal by IDC revealed an average data center age of seven years. Those IT managers at the medium-sized enterprises surveyed by IDC reported running their data centers at an average temperature of 15.5°C; the mean figure in Germany was 18.4°C. It is therefore no surprise that nearly 60 percent of data centers only achieve a power usage effectiveness (PUE) of 2.0. The PUE factor is a guide value for energy efficiency and has a value of 1.2 with very good systems. There may be a whole host of reasons why data centers fail to meet industry requirements. However, outdated and inefficient cooling systems usually play a part.

The basics of climate control 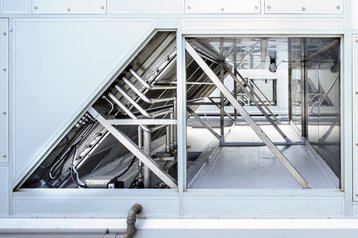 Nowadays, data centers are still very often cooled via raised floors. The cold air is supplied from a central climate control unit and is then spread over the raised floor. The concept is simple, inexpensive to implement and suitable for heat losses of up to 5 kW per IT rack. Even power dissipation values of up to 10 kW are possible if cold and hot air zones are structurally separated by aisle containment. However, this room concept does give rise to some shortcomings, which become increasingly evident as electricity costs rise and servers are technically upgraded.

For instance, the cold air within the raised floor can only be distributed inefficiently. Pipes or tubes, beams, wire harnesses and other structural obstacles slow down the flow of air and mean that more energy is needed to circulate cold air before it reaches the server at all. A mixing of air currents can occur due to failure to separate hot and cold air, or from leakage at the separation points. This should be planned as a safety feature; it will reduce the cooling capacity and the efficiency of the overall system.

Bayed climate control, which requires no raised floor for air routing, offers more efficiency. Individual racks are cooled with the cooling devices installed in the row of racks, while a containment of the cold area in front of the racks or hot area behind the racks ensures the separation of the cold air along the front and the hot air expelled at the back. The principle is suitable for racks with heat losses of up to 15 kW.

Systems based on direct rack cooling work even more efficiently. They absorb the heat directly from the rear of the rack, cool down the air with heat exchangers and blow it in again at the front. These systems achieve a significantly higher cooling output per square meter. This is an important requirement for modern server systems that produce a great deal of waste heat per unit area. Those wanting to achieve high performance computing with a heterogeneous IT infrastructure would do well to follow this climate control concept.

The costs of purchasing and running climate control systems also flow into the decision-making process for IT modernization. Here, for example, the power requirements of the IT components that are installed in the racks and servers, the technical services and climate control present, as well as regional climate conditions are all taken into account. Specialist data centers providers have developed complex calculation procedures for this. It therefore makes sense for companies to access these providers’ external expertise during the planning stage.

The procurement costs are relatively easy to determine. Firstly, the costs of new climate control units must be considered. In addition, costs are incurred for constructing the pipelines, in order to lay new pipes for the cooling media used, such as water. The procurement costs of a raised floor or aisle containment may also need to be added. Further installation work includes planning, as well as the connection of the climate control technology to the electrical power supply and integration into the building’s technical services. Costs also arise from the delivery, installation and commissioning of the overall climate control technology. If the project represents a reconstruction of the infrastructure, costs may also arise from shutting down of the IT.

The monitoring of temperatures to check whether the cooling output required actually does reach the servers represents another group of costs. With circulating cooling systems in particular, the cooling units are often placed quite far away from the servers. Thus, additional measurement points (directly on the rack) are usually needed to determine that sufficient cool air arrives at the servers. Finally, monitoring features must be integrated in the existing building services so that the cooling system automatically sends alarms to the building monitoring system.

Operating costs at a glance

The power consumption of the climate control systems must be considered in order to determine the running costs. These systems are the climate control units, the chillers and free cooling, as well as the pumps. Depending on the location, seasonal thermal differences must be individually determined. Thermal parameters such as flow and return temperatures must also be incorporated in the overall calculation. These are highly individual, since they derive from the operating parameters of the IT components, as well as from the climate control technology installed. The consumption of the IT environment and consequently the required cooling output may also vary. For most medium-sized companies, this will mean a typical day/night operation of the IT systems.

An example calculation shows how the procurement and operating costs evolve. Three scenarios with different climate concepts have been assumed that all generate the maximum heat loss of 120 kW to 125 kW. The concepts chosen represent examples of different applications with different power requirements. However, this does not mean that these concepts are suitable for all workloads of the respective performance class. Individual consulting should always be carried out, since each IT environment has its own individual characteristics.

Environment 1) uses room climate control with cold aisle containment and works with a heat loss of 7 kW per IT enclosure. A total of 18 server racks and four CRAC units (as chilled water units) were included in the calculation for this environment. CW (chilled water) is a refrigeration system in which the heat of the room air is absorbed by a water-cooled CRAC unit. There are also extra costs for the cold aisle containment and pipe-laying, as well as the chillers and free coolers. Using simplified examples, the procurement costs have been calculated at around €170,000.

In scenario 2) for bayed climate control, a heat loss per IT enclosure of 15 kW is assumed, including cold aisle containment. The procurement costs comprise the costs of the eight server enclosures, six bayed climate control units, cold aisle containment, piping, as well as chillers and free coolers. Here, the total amount (simplified) was set at €210,000. 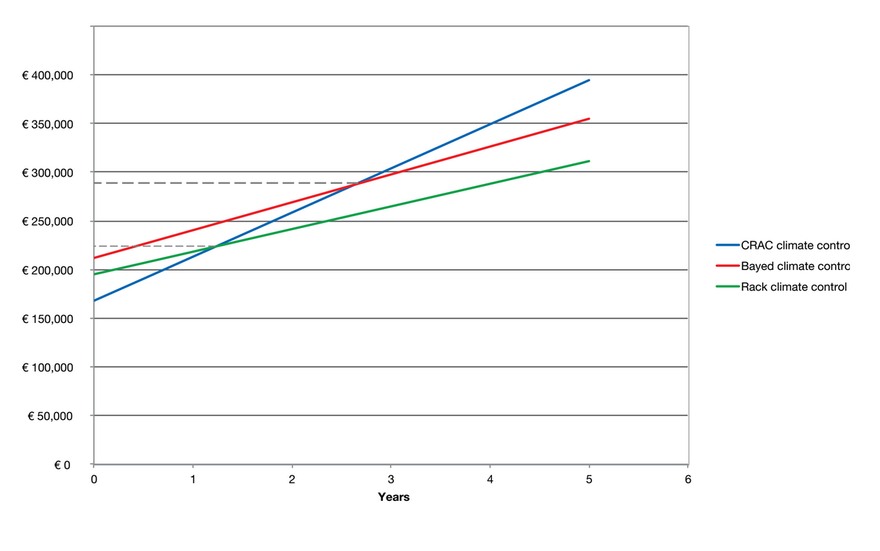 One of the benefits of room climate control is that entire racks or enclosure suites can be moved within the data center if a restructuring of the IT is needed. With bayed and rack climate control systems, one is less flexible since the bayed climate control units are fixed, due to their rigid connection to the cold water pipes.

Room, bayed or rack climate control systems support heterogeneous and homogeneous IT environments alike. With rack climate control systems in particular, operators hardly need to worry about heterogeneous systems. However, with room concepts, heavily burdened enclosures create hotspots. This often leads to over-cooling of the other enclosures, whereby the efficiency of the overall system decreases (or the costs increase). One advantageous solution is to construct a complete system: Here, the climate concepts are combined so that different power densities are cooled in a suitably efficient way.

The comparison of the procurement and operating costs (see graphic) clearly shows when each climate control concept pays off. The low procurement costs (but high running costs) of room climate control tear a hole in the IT budget over time. Bayed climate control is cheaper to operate, even after 2.5 years. Anyone who has to dissipate a high power density in their data center will be financially better off with a rack climate control system. 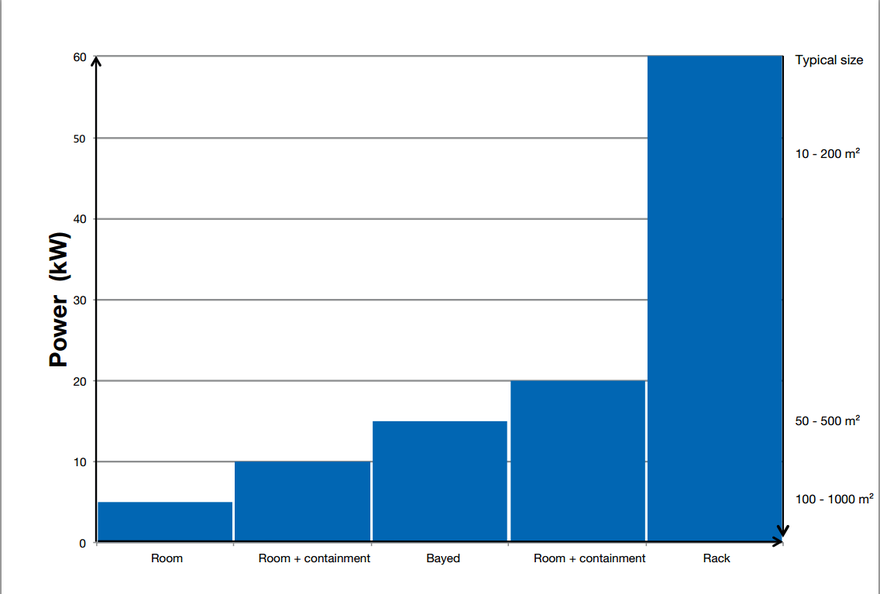 Tim Siegel is an IT systems engineer at Rittal, a German company which manufactures enclosures, power distribution units and cooling equipment.