We hear data centers in the city of Beijing have to have a PUE of 1.5 or less. How will that work?

China’s data centers are growing fast. That’s no surprise as half the country’s 1.4 billion people are online, and there’s 20 million more joining them each year.

A recent report reckons that China’s data centers now use as much electricity as two entire countries (Greece and Hungary, to be precise), and they also use a lot of water. The report is by a Chinese freelance journalist called Coco Liu, and published in Environment 360, a publication from Yale School of Forestry and Environmental Studies. 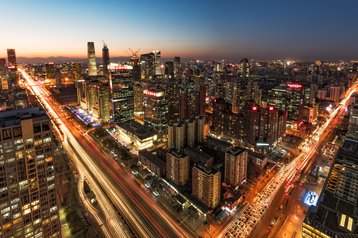 There have been some efforts to make these data centers more energy efficient. Alibaba is using water from a lake to cool a data center in Hangzhou, and there are other sites where solar panels are being used to augment or offset the coal-powered juice from the grid.

Last year, when China had an estimated 400,000 data centers, the Chinese government reckoned their average PUE (power usage effectiveness) was 1.9, with the majority around 2.2, compared with best practices in the world at around 1.2.

The government response was a project for better data centers. Three agencies - China’s Ministry of Industry and Information Technology(MIIT), the National Government Offices Administration, and the National Energy Administration - issued a document called Guideline for Pilot Projects of Green Data Centers (GPPGDC). It referred to well-known best practices from elsewhere, including the US Energy Star guidelines and the European Code of Conduct, and called for 100 pilot projects demonstrating these ideas in China.

While these demonstrations are going on, there seems to be some disatisfaction with how well actual production data centers are getting on. In Environment 360, Coco Liu reports that the city of Beijing has banned data centers with a PUE of more than 1.5.

It’s not at all clear how this “ban” operates. The article simply says that any facility with a PUE greater than 1.5 is “not allowed to operate there.”

How is this enforced? Would it apply to data centers asking for planning permission, and so be based on the “design PUE”? Or would it be enforced on data centers in operation, and require them to report on their PUE?  If so, it could cause a problem for new data centers, as most facilities start with a relatively high PUE, which comes down as they fill up.

The article suggests the ban has already had effects. He Chunhua, the secretary-general of the China Green Data Center Advancing Federation, based in Beijing is quoted as saying that the restrictions “have already forced some companies to leave the city.”

While it’s hard to imagine how the rule is enforced, its not at all difficult to see why it might be imposed. Beijing is a huge conurbation, and its electricity is generated in power stations in or near the city. Unlike some people consuming coal-powered data center services, the city lives with the consequences of its consumption.