CFD: You shouldn’t do what you’ve always done…

My previous opinion piece on the use of CFD in the data center space has produced much discussion, although, unfortunately, mainly in private instead of in the public domain. I make no apology but will admit that my purpose is always to challenge the status-quo to test its resilience but, if a few hundred words of ‘opinion’ (not DCD’s) can cause such upset there must be ‘something’ that needs discussing and exploring further. 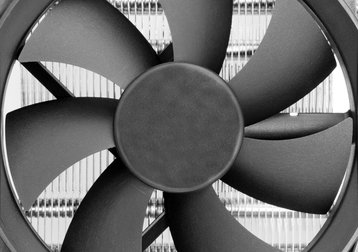 The title above is pinched from Henry Ford – ‘If you always do what you’ve always done, you get what you’ve always got’ and it appears clear to me that a single full load simulation is useless for design because that’s never how a data center operates today. It is also now clear to me that I must have only been exposed to poor CFD modeling (either due to a simplified tool, poor input data or inexperienced modeller, and probably all three) and that there is a world of difference between the best CFD and the worst.

So, to clarify my original position (and before I consider the comments made in private) I probably need to reinforce:

What I did take on the chin is the point that was made that CFD is ‘like capitalism, not perfect but better than anything else’. Thanks to my voice-of-reason, Chris Johnston, for that pearl of wisdom.

However, there was one point made in private which I did not agree with and that was the suggestion that the ‘puny’ server fans don’t make sufficient impact on the systems’ air-flow. I took it that behind that statement lies the assumption that the flow from the CRACs/CRAHs push the air through the servers independently of the server’s demand for cooling. Is that a widely held belief? If so I am reminded of the interesting white paper from Tate (published, I think, 3-4 years ago?) that gave proof that the a high proportion of ‘leakage’ was actually through the servers themselves and over-pressuring the servers is undesirable – they are not one-way valves.

So, taking on board those private comments, I can now add to (and I would be happy to use the word ‘correct’) my previous piece:

So, in conclusion, I am left with the feeling that it is essential to choose your CFD modeler carefully. They need to have a high precision CFD tool, actual data or multiple sets of design conditions and be experienced in the application of the tool. If you don’t manage to achieve these criteria then you will get a model that does not properly represent your facility.