Cyber warfare: how the digital world became a battlefield 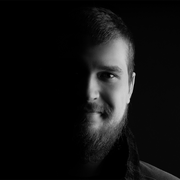 Daniel Markuson is a cybersecurity expert at NordVPN.

Educate yourself and keep a critical attitude

With the Russia-Ukraine war in full swing, I would like to point to a cyber front that had been forming online long before Russian troops crossed the border. Even in the months leading up to the outbreak of war, Ukrainian websites were attacked and altered to display threatening messages about the coming invasion.

After the invasion began, the hacking collective Anonymous declared a cyber war against Russia and launched a barrage of attacks, with Russian state media being the main target. So we can see cyber warfare in action with new types of malware flooding both countries, thousands of sites crashing under DDoS (distributed denial-of-service) attacks, and hacktivism thriving on both sides of barricades. 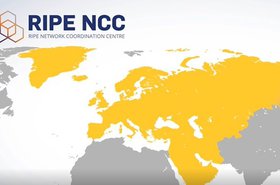 ICANN and RIPE NCC want no part in deciding whether to disconnect Russia, but is that a stance in and of itself?

The methods of cyberwarfare

In the past decade, the amount of time people spend online has risen drastically. Research by NordVPN has shown that Americans spend around 21 years of their lives online. With our life so dependent on the internet, cyber wars can cause very real damage. Some of the goals online “soldiers” are trying to pursue include:

The intent of many cyber warfare actions is to sabotage and cause indiscriminate damage. From taking a site offline with a DDoS attack to defacing webpages with political messages, cyber terrorists launch multiple operations every year. One event that had the most impact happened in Turkey when Iranian hackers managed to knock out the power grid for around twelve hours, affecting more than 40 million people.

While cyber espionage also occurs between corporations, with competitors vying for patents and sensitive information, it’s an essential strategy for governments engaging in covert warfare. Chinese intelligence services are regularly named as the culprits in such operations, although they consistently deny the accusations.

The growing trend of hacktivism has seen civilian cyber activists take on governments and authorities around the world. One example of hacktivism is Anonymous, a group that has claimed responsibility for assaults on government agencies in the US. In 2022, Anonymous began a targeted cyber campaign against Russia after it invaded Ukraine in an attempt to disrupt government systems and combat Russian propaganda.

In 2020, 81 countries were found to have used some form of social media manipulation. This type of manipulation was usually ordered by government agencies, political parties, or politicians. Such campaigns, which largely involve the spread of fake news, tended to focus on three key goals – distract or divert conversations away from important issues, increase polarization between religious, political, or social groups, and suppress fundamental human rights, such as the right to freedom of expression or freedom of information.

The future of cyber warfare

Governments, corporations, and the public need to understand this emerging landscape and protect themselves by taking care of their physical security as well as cybersecurity. From the mass cyberattacks of 2008’s Russo-Georgian War to the cyber onslaught faced by Ukraine today, this is the new battleground for both civil and international conflicts.

I predict that in the future, cyber war will become the primary theater of war for global superpowers. I also think that terrorist cells may focus their efforts on targeting civilian infrastructure and other high-risk networks: terrorists would be even harder to detect and could launch attacks anywhere in the world. Lastly, I think that activism will become more virtual and allow citizens to hold large governmental authorities to account, loosening the stranglehold that regimes like North Korea and Russia have on the flow of information.

A regular person can’t do much to fight in a cyber war or to protect themselves from the consequences. However, educating yourself, paying attention to the reliability of sources of information, and maintaining a critical attitude to everything you read online could help increase your awareness and feel less affected by propaganda.