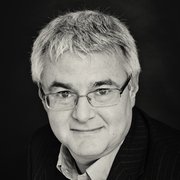 More must be done, and it could mean mandatory compliance with the EU Code of Conduct

We all know that data centers use vast amounts of energy, and that the forecasted growth is staggering, but how does this sit with the climate emergency and potential energy gap?

It doesn’t. In fact its so far away it may as well be on a different planet!

A lot of people have repeated an estimate that data center energy consumption is around two percent of global energy (making it roughly equivalent to the aviation industry). But now, A recent study from The US Department of Energy hs presented a somewhat more positive view, suggesting it is just one percent. But is this true?

After techUk’s Emma Fryer released the results of the second period of the UK data center sectors climate change agreement (CCA) 2nd Period findings in 2017, I conducted some desk-based research which looked at the issue from a UK PLC perspective and included all those enterprise data centers, server cupboards and machine rooms that are largely hidden.

The first big problem is that we have no real clue as to how many data centers, and by the term “data centers” there are in the UK. I use the EUCOC definition of 'data centers', to include all buildings, facilities and rooms which contain enterprise servers, server communication equipment, cooling equipment and power equipment; and which provide some form of data service (from large scale mission critical facilities all the way down to small server rooms located in office buildings).

I started by calculating how many businesses there are in the UK. There country has just over 5.5 million business, but the vast majority (5.3 million) are one man/woman bands who probably use cloud services and have no data center capacity of any description. There are 33,000 businesses that employ between 50-250 people, and 7,000 that employ over 250 people, so there are 40,000 organizations that will have a data center/server room or - if they are banks or large organizations - multiple cooled facilities.

So, there are approximately 40,000 small computer rooms, server rooms or data centers that may fall into our definition. Let's add another 40,000 for non-business IT, including the Government, all 26 central government departments and their local offices, local authorities, the blue light services (NHS, Police, Ambulance, and Fire services) and finally 147 Universities, 24,372 schools and other educational establishments. That makes approximately 80,000 server rooms in all.

We still have no idea how big/small these facilities are so I’m going to make an assumption that most of these 80,000 are have two to five cabinets or less and have 50 items of servers/storage/network and transmission systems each. The average server will consume between 500 and 1000 Watts per hour (according to Ehow.com). If the average use is 850 Watts per hour, multiplied by 24 that equals 20,400 watts daily, or 20.4 kilowatts (kWh). Multiply that by 365 days a year for 7,446 kWh per year.

Networking and storage average out at about 250W per hour so roughly half, let’s assume that half the IT is servers, and half networking/storage.

I recognise that the server figure may be a little on the high side but let’s go with it.

We have to assume that these facilities are cooled….badly. So let us revert to the old rule of thumb from when PUE was first introduced, that one Watt of IT will require one Watt of cooling, and we get 240,900 kWh of cooling energy consumption, giving us a grand total of 481,800 kWh, for one, yes, just one site. At commercial electricity rates this will cost anywhere between 8p – 15p per kWh plus a daily standing charge.

The CCA info (2017) revealed that the total electricty consumed by sites taking part in the Agreement was 2.573TWh which was 0.79 percent of the country's total electricity generation.

So, my figures and the CCA (2017) figures total 41.11TWh representing just over 12 percent of total generation.

I pleased to say that Emma did not disagree with those figures, but some said they are far too high for the amount of facilities. Well I disagree, I didn’t include railway signal boxes, telco pops, and Mobile base stations (which alone amount for approximately 23k).

According to government figures, the total renewable generation in 2018 was 110TWh. so all is good. Well, kind of. What we need to remember is that some 14GW of fossil fuel and nuclear generation capacity is “scheduled” to be decommissioned by 2024, and that the renewable sources alone are unlikely to make up the shortfall. In essence, there is a potential energy gap looming.

The UK's Committee on Climate Change. in its most recent report (July 2019) stated “Climate change adaptation is a defining challenge for every government, yet there is only *limited evidence* of the present UK Government taking it sufficiently seriously (This was the previous Conservative “hung” parliament) and that “It is time to act. Next year may see the UK host the most important global climate summit since Paris in 2015. Our credibility in the COP26 Presidency rests on real action at home. The Adaptation and Mitigation Committees have reviewed the UK Government’s approach to climate change adaptation and emissions reduction. Our reports are published in parallel, as required under the Climate Change Act.

We find a substantial gap between current plans and future requirements and an even greater shortfall in action.”

Further information can be obtained by visiting the committee’s website.

The report cited earlier indicated that data center power use would effectively double in the next three to four years and that policy measures must be considered, such as:

Add in the projected growth in “Edge” with its inherent power consumption and we appear to have a real “gap”, between climate change and energy issues and forecasted data center/Edge growth.

All companies that have over 250 employees are required to report under ESOS (Energy Savings Opportunity Scheme), and some research on ESOS has been conducted for the 2nd reporting period which ended on the 5th December 2019, you can see the research here..

Some companies will also be required to report under the Streamlined Energy and Carbon Reporting scheme, known as SECR. That regulation came into force on the 1st April 2019 and the first reports will start to filter down once companies start to report in April 2020, this scheme has real teeth.

The question is, will this be enough? And do we need sector specific legislation?

The answer from the community will be a resounding No! But it is inevitable, we cannot describe ourselves as the Fourth Utility and then not expect to be regulated like one. After all, all Electricity, Gas and Water are regulated, so why should we expect anything different?

On the 19th February the EC published "Shaping Europe's Digital Future" and you can find out about this new initiative here. Essentially, the Commission has its beady eye on data centers. It wants to see more use of renewable energy, energy efficient infrastructure and the reuse of waste heat, and there is a possibility of “enforcement” action.

It said “Data centers, can and should be climate neutral by 2030”

It could be argued, and it has been, that all UK data centers are already well on their way to being climate neutral. Emma Fryer said as much in response to the BBC’S Dirty Streaming documentary in March, “In the UK 76.5 percent of the electricity purchased by our commercial data center operators is 100 percent certified renewable”

The “energy efficient infrastructure” element can be addressed by the prudent use of the EU Code of Conduct for Data centers (Energy Efficiency) or CLC BS EN 50600 TR-99-1 standard.

The heat reuse element is more difficult as it requires a district heating system to connect to (there is precious little chance of that in the UK) but nevertheless, this is achievable, if planned in new developments.

The UK's commercial data center sector, those that are in the CCA at least, are clearly well on their way to becoming climate neutral, however there are still substantial challenges ahead.

However, In my opinion (and I stress I stress it is an opinion), the best way forward for the UK would be to make use of the EU Code of Conduct for Data centers (Energy Efficiency) or an equivalent, and make participation in the scheme mandatory for all data centers, regardless of size. However, this must be partnered with the creation of a specialist unit (with regular industry “townhalls”) within Government with responsibility and funding to manage the scheme and police it.

For the EU, the same applies, except that it would need to be one of the EC’s Directorates that police it.

I await any development with interest.