When the rise of edge networking brings data centers into close contact with people, we’ll need a charm offensive

Data centers are forbidding places – their security features are designed to put off unwanted visitors. But I think they will have to become more friendly as they take a greater role in human society.

The whole concept of a data center is a facility that can be accessed remotely, via the cloud or other methods, but there are several drivers pushing people and data centers closer together. 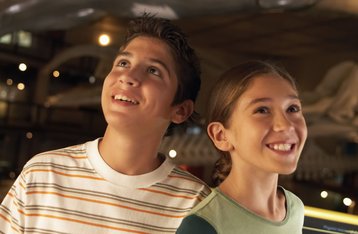 First, people need these resources at the “edge”, where they can get a quick response time for streaming media. And the edge is also a vital location for aggregating data for the Internet of Things. “People are the edge,” Brandon Butterworth, chief scientist at the BBC, told the DCD Europe show in London in November 2015. He was talking about the corporation’s job of delivering media to people, but others at the show echoed the importance of distributed systems.

Coca-Cola, for example, has been connecting its vending machines to the internet since 1982, according to Jane Gilmour, the company’s CTO.

2015 also saw an example of people and facilities colliding at the edge: In October, Interxion was told to close a data center in Paris because of alleged noise pollution. The decision was quickly reversed, and the company’s French boss, Fabrice Coquio, told us the original accusation must have been a mistake. Local laws require generators to be inside the building, and the actual measured noise was well within regulated limits.

But Coquio wasn’t complacent: “We have learned a valuable lesson,” he said. “In future, we will need to provide far more education and information to local residents in advance of, and during, any new data center build.”

A lot of firms already do this by funding education programs and inviting in local people to visit the facility. In Dublin, Ohio, Expedient had 900 people sign up for tours of a new facility.

At DCD Europe, Zahl Limbuwala of Romonet took it further, proposing that data centers should all host school trips. His idea was to encourage the next generation to take up tech jobs and supply the skills we need. But children visiting data centers would also go a long way to dispelling their forbidding image. It might be something that Coquio could think of for future sites.

School visits to data centers could dispel their forbidding image, and might help avert conflicts with residents

Data centers could become better places to visit, with modern architectures that do away with raised floors. Liquid cooling could take away the noise and clutter of air cooling. An urban data center might be seen as a better neighbor if it shares its waste heat to usefully warm surrounding buildings.

Some ideas might go so far that there really isn’t a data center to visit any more. Germany’s Cloud&Heat, and others such as France’s Qarnot, want to break edge data centers down into small cabinets located in office and residential blocks, providing local data processing and heating.

There are plenty of ways for data centers to become more friendly. They often fall under the auspices of the corporate social responsibility (CSR) office and are seen as ways to generate good PR. But as edge computing grows, this is not just about PR any more. The very existence of data centers could ultimately depend on their acceptance by the local community.

This article appeared in the December/January issue of DCD Magazine